Vasiliy Lomachenko and Teófimo López went face to face during the final press conference before their bout this Saturday at the MGM Grand in Las Vegas, where they will fight for the World Boxing Association (WBA) Lightweight Super Championship, as well as the IBF, WBO and WBC titles.

Both fighters talked about the fight, how hard this pause due to the pandemic has been and what they expect of this Saturday’s big night, when the best lightweight of the moment will be determined in one of the most anticipated 135-pound bouts in recent times.

“For me, I think it will be a chess match”, said Lomachenko about how he thinks the fight will go. “I think it’s just a ring and judges and TV. That’s it. And, of course, four belts”, he continued.

The Ukrainian boxer hasn’t fought in about a year and when he was asked how this could affect him, he said that he doesn’t know exactly as this is an unprecedented situation in his career: “I won’t know how the layoff will impact me until Saturday night. I have never been out of the ring for one full year like this. Ever. I don’t know how it will be”.

For his part, Lopez spoke about the meaning of his possible victory over Lomachenko and called it the beginning of a generational change. He also explained what his nickname “Takeover” is all about.

“The Takeover is not just a phrase we throw out there. This is the part where I’m leading the new generation. Winning this is a stamp and a mark to put on for the new era”, he said at the press conference broadcast on ESPN.

“Get your popcorn ready and just enjoy the show. It’s The Takeover”, he finished.

Both fighters now only have to get on the scale this Friday as their last step before the fight. After they weigh the 135 pounds of the division, they will be ready to fight. Loma has a record of 14 wins, 1 loss and 10 KOs, while Lopez has 15 wins, no losses and 12 KOs.

The lightweight: A deluxe division 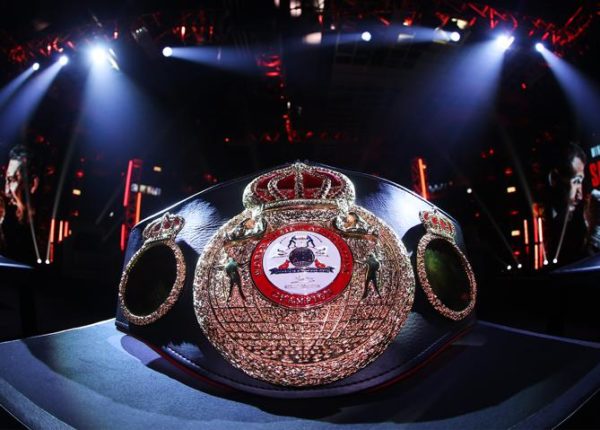