On January 17, 1942, Muhammad Ali was born, which means that today the greatest exponent of boxing would be 76 years old. Ali, who was baptized under the name of Cassius Clay, was a man who gave it all in every moment of his life, both inside and outside the ring.

Ali became known among those rings in 1960, when he won the gold medal at the Olympic Games in Rome and, that same year, he took the leap toward professional boxing. His career began to live up to expectations, he beat Tunney Hunsaker without any problems. He kept rising until on February 25, 1964 he defeated Sonny Liston to take the World Heavyweight title. Then, in May 1965 he stepped in the ring, but this time under the name of Muhammad Ali, and defeat Liston again but this time by knockout in the first round.

However, his great career as a champion suffered a pause in 1967. Ali, true to his principles, decided not to go to the Vietnam War and the United States government attacked him. For Ali, his convictions and his struggle for the rights of people of color were above, even, his professional career. That’s why his life was linked to great leaders like Martin Luther King JR and Malcon X.

In 1970, “The Greatest” he returned to the ring, but it was in 1974 in Kinshasa, Zaire that he reconquered his Heavyweight belt from the World Boxing Association (WBA), after defeating George Foreman by knockout in the eighth round, in a historical fight that distributed, for the first time, 5 million dollars for each fighter.

Also, we have to remember his three big battles against Joe Fraizer. The first in 1971 at Madison Square Garden with the victory for Fraizer. The second in 1974, at the same place, but this time luck smiled at Ali. The third, and last, called “Thrilla in Manila”, spectacular battle won by Ali.

Undoubtedly, the memory of this great boxer will be immortal because his legacy transcends the borders of our beautiful sport.

Jorge Linares, between dreams and feats for 2018 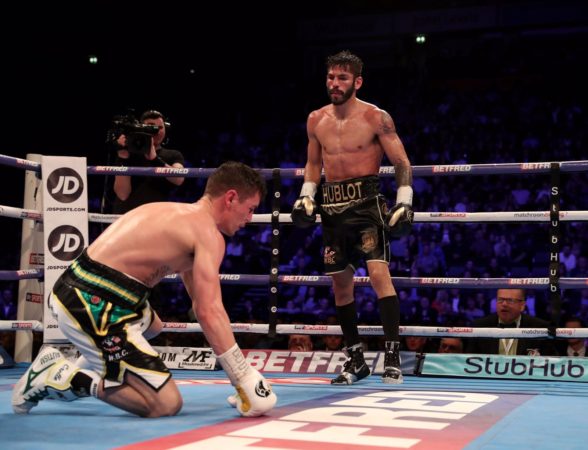