The World Boxing Association (WBA) Featherweight super champion Leo Santa Cruz is set to defend his title this coming February 16th at the Microsoft theater in the famous city of angels. Los Angeles Ca. He will put the strap on the line vs Rafael Rivera from Tijuana Mexico, due to an ankle injury from the title contender Miguel Flores from Michoacan Mx.

Rivera holds a professional record of 26-2-2 with 17 ko’s this will be Rivera’s second shot at a title. Rivera’s first shot was vs Joseph Diaz back in 2017 where he was also called as an emergent opponent and he lost a one sided unanimous decision.

Santa Cruz (35-1-1. 19 ko’s) will defend his WBA title for the 3rd time since he got it back in 2017 vs the Irishman Carl Frampton in one of the best fights of that year. Leo also comes from 2 important wins vs Abner Mares. The rematch took place in June of 2018.

In the undercard of this Premier Boxing Championship marquee we will see former World Champion Omar “Panterita” Figueroa. After year and a half away from the rings. His opponent is John Molona Jr. That hasn’t been active since December 2017.

Rojas and Xu face-to-face in Houston 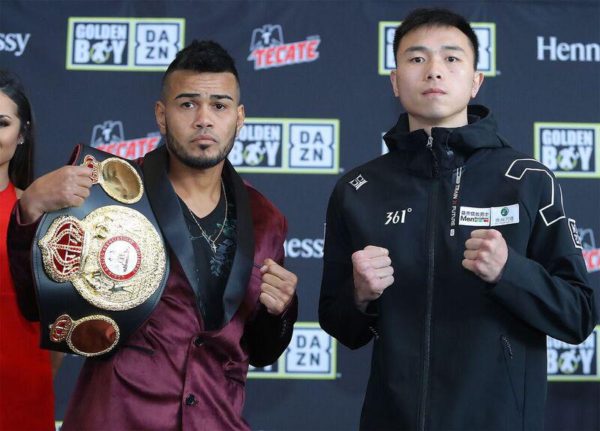