Puerto Rican native Jesus Rojas and Chinese native Can Xu faced off in their last press conference before the fight this Saturday for the featherweight title of the World Boxing Association (WBA), which will be held at the Toyota Center in Houston, Texas.

The Puerto Rican will defend his 126-pound belt for the first time. Although he is coming from a defeat against Joseph Diaz, he kept his title because his opponent did not make the weight for the fight. Now in front of Xu, he plans to come out with his hand up and successfully defend his belt.

“I am extremely happy to be here and anxious to get into the ring this Saturday. I hope that Can Xu comes to fight and we can give a great show to the fans this Saturday,” said the native Caguas fighter, who is 32 years old.

Meanwhile Xu, 24, has already been WBA international champion of this weight class and came to hold the title of Oceania champion in the super bantamweight class. He is heading into his first world title opportunity and intends have his hand held in victory and the belt around his waist.

“I’m pleased to have the opportunity to fight in Houston. It’s my second time in the United States and my first opportunity for a world title. I trust that I will win and bring the title to China,” said Xu to the media present.

Thurman: the Champ is back 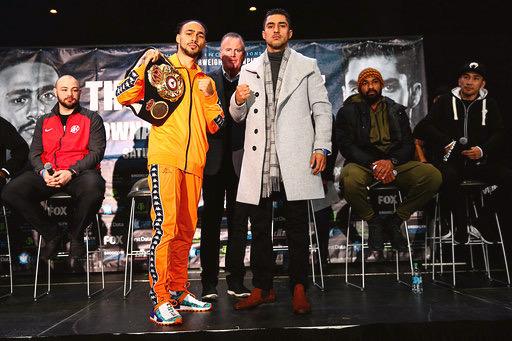