During the evening Campos and Salcedo Ramos held a pleasant talk in which boxing was the topic of conversation. They talked about the similarities of the noble art of fists and literature. Also, citing the preface to the book, they talked about great writers and what kind of boxers they would be.

“It seems to me that boxing is the only sport that offers you combat between man and man and I think that literature, somehow, comes close to that: it is man against himself,” said Campos.

The book of short stories is named after the title of one of the nine stories that were published that tell the story of a boxers also encouraged to talk about their favorite boxer.

“My favorite Venezuelan boxer is Alexander ‘El Explosivo’ Munoz, because once I was interviewing Felix Machado, super flyweight champion, who was going to defend his title in Asia and El Explosivo was walking and he approached me and said: ‘Hey, journalist! You have to interview me, because I am the next champion in that weight class.’ It was fun and at the same time uncomfortable, because I was interviewing the champion. Then I leave my job, but I start to follow the race and he was close to becoming a champion, and I say: this guy was right. Not only is he the champion of the weight class, but he seemed infinitely superior to all the boxers in the division,” said Campos.

Campos’s favorite foreign fighter is Marvin Hagler: “I was a Hagler fan since I was a child, actually those four monsters: Roberto Duran, Sugar Ray Leonard, Thomas Hearns and Hagler. At that time my fondness for boxing began, “Campos said.

Hook to the Liver, edited by Tusquets editores, is already on sale in the Colombian bookstore and is further proof of the bond between boxing and literature.

Groves and Smith ready for battle in Saudi Arabia 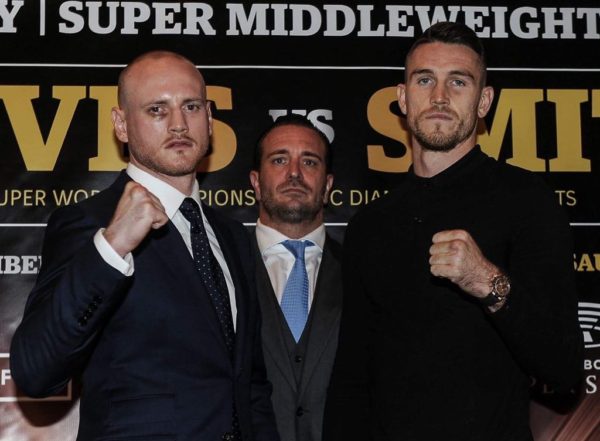