The super champion Groves will be defending his WBA title in the final of the World Boxing Super Series (WBSS), with the Muhammad Ali trophy also on the line in addition to the WBA super title.

Groves is coming off of arguably the biggest win of his career when he outpointed Chris Eubank Jr. in February to win the WBA Super title. The London native dislocated his left shoulder in the final round of his victory over Eubank but now is ready to fight yet again.

Speaking to the shoulder injury, Groves told the press “The shoulder’s good and it’s better than ever. I have a lot of experience and it was just concentration that got me through the fight. It was new territory, but it made for a lively ending and gave Chris the only chance he had to land something – obviously he didn’t manage it.”

Groves also talked about his undefeated opponent “I think Callum Smith will be the toughest test yet, but it’s nowhere near a step too far. I’m in the best form of my life and I’m boxing better than ever. I don’t see Callum giving me any trouble and if we go out and stick to the game plan then we’ll win the fight.”

The Callum “Mundo” Smith is coming off of a decision victory over Nieky Holzken in February.  Holzken was a late replacement but still a solid undefeated fighter who answered the call for the fight.  Previous to that Smith scored a unanimous decision victory over Erik Skoglund in September of 2017.

“I’m in a good place and training is going really well,” said Smith, “It’s been a long time coming, but I’m finally here. A fight with George has been discussed for a long time and it’s a fight I’m confident of winning.”

Smith knows what is at stake in this one all too well “You have to raise your game in a world title fight. I’m expecting the toughest fight of my career and I’m training for that. I feel that I’m a better fighter than anyone he’s faced previously, especially in this tournament. Whoever gets the game plan right will come out on top and I fully believe that will be me.” 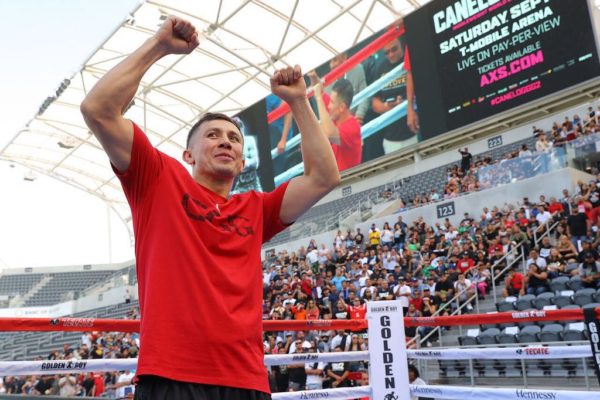