In a historical and electrifying fight, Katie Taylor successfully retained her World Boxing Association 135-pound belt against Amanda Serrano. Both starred in the first women’s all-star fight at Madison Square Garden and went down in the golden pages of world boxing.

During the first four rounds, the Irish Olympian, with a good reading of the fight, dominated the Puerto Rican with technique: holding the middle distance, manipulating the lateral displacements while managing to connect in speed the straight punches.

In the fifth round, the audience stood up to encourage a Taylor in trouble that seemed to end up on the canvas after receiving a continuity of combinations in the face and in the middle area by Serrano that showed the power and fierceness of her punches. However, the undisputed champion was able to recover to take control in the final stretch that ended up being of maximum adrenaline in the closing minutes.

Katie Taylor retained the WBA, WBC, WBO, IBF and The Ring’s emblematic belts in 10 rounds to remain undefeated in 21 appearances, with 6 knockouts. The judges’ scorecards were: 96-94 for Serrano and two noted 97-93 for Taylor who has become an established legend.

Fonseca retained his WBA-Fedelatin belt against Tapia in Nicaragua 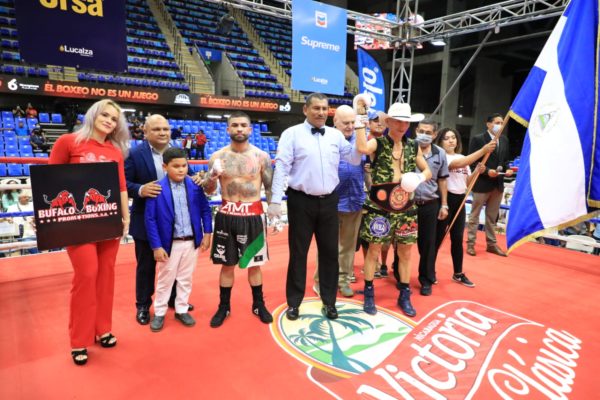