A hand injury that sidelined WBA/WBO World flyweight champ Juan Francisco Estrada for almost a year has now healed to such an extent that he can resume training for a WBA-ordered title-unification bout between him and WBA World flyweight titlist Kazuto Ioka, which could take place in October or November.

Twenty-six-year-old Estrada has fought out of his native Mexico since 2008 (33-2, 24 KOs), winning the WBA/WBO belts in April 2013 by beating Brian Viloria via split decision. He’s successfully defended five times, most recently last September by knocking out Hernan Marquez in the 10th. Never stopped, “El Gallo” hasn’t lost since November 2012 when undefeated Roman Gonzalez beat him by unanimous decision for the WBA World light flyweight title.

Fighting out of Osaka since 2009, 27-year-old Ioka (20-1, 12 KOs) won the title by beating Juan Carlos Reveco via majority decision in April of last year. He successfully defended his belt five months later by beating Roberto Domingo Sosa via unanimous decision and three months after that by stopping Reveco via 11th-round TKO in a rematch. He most recently defended last month, knocking out Keyvin Lara in the 11th. Never stopped, Ioka’s sole loss came in May 2014 when he tried for the IBF World flyweight title, losing to Amnat Ruenroeng by split decision. Despite the defeat, Ioka is a three-division champ. In addition to his flyweight title, he won the WBC World minimumweight title by stopping Oleydong Sithsamerchai via fifth-round TKO in February 2011, as well as the WBA World minimumweight title by beating Akira Yaegashi via unanimous decision in June 2012, and the vacant WBA World light flyweight title by stopping Jose Alfredo Rodriguez via sixth-round TKO six months later.

“People want those fights and so do I,” says Estrada. “We’ll see if they can happen.” 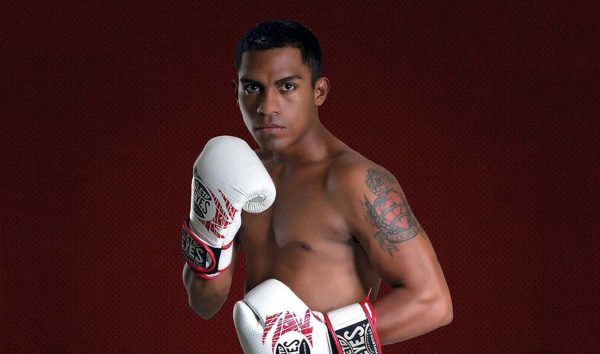