The challenger was Mexican Alma Ibarra. The contest started with sparks from the first round. McCaskill came out to battle throwing everything without letting Ibarra think, who at times managed to connect some combination, but without effect.

After the first three rounds, the fierceness of the Chicago representative made a dent in the Mexican fighter. When the referee gave the pass for the fourth round, Ibarra decided not to go out. McCaskill’s punches and throwing speed were proving too much for Ibarra.

Thus, Caskilla, won his third defense in a resounding way and remains the owner of the WBA, WBC, WBO, IBF and IBO Welterweight belts. Her record was extended to 12 wins with 5 knockouts and only 2 losses.

Akhmadaliev put on a great show and retained in San Antonio 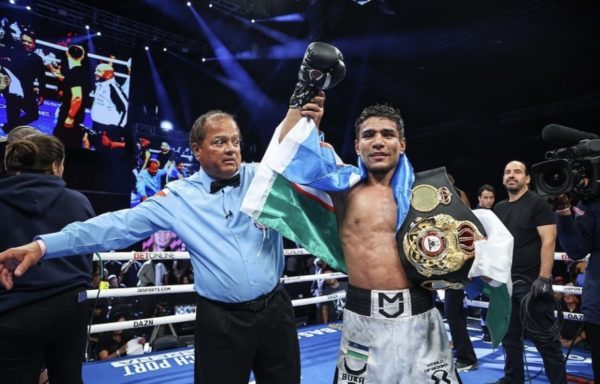