Jessica McCaskill was named the World Boxing Association’s Boxer of the Month and Katie Taylor earned the Honorable Mention in August thanks to their hard-fought victories.

Female boxing was the highlight of the month and both McCaskill and Taylor made significant headlines. McCaskill managed to break the unbeaten record of the historic Cacilia Braekhus and beat her by unanimous decision on August 15 to win the 147-pound belt of the WBA and all the world’s leading sanctioning bodies.

The American showed a great strength in Oklahoma City and gave the surprise she had promised in an action-packed fight that made the fans happy.

On the other hand, Taylor entered the ring last August 22nd to beat the Belgian Delfine Persoon for the second consecutive time in a complicated fight in which she knew how to make a difference. The Irishwoman walked the ring and hit an aggressive opponent with a relentless attack at the Matchroom Fight Camp in Brentwood.

The 2012 London Olympic medalist remains undefeated in her career and as the Undisputed Lightweight Champion.

The female ranking had several changes during this period and these can be found on the WBA’s official website.

Osvary David Morrell is the WBA Fighter of the Month 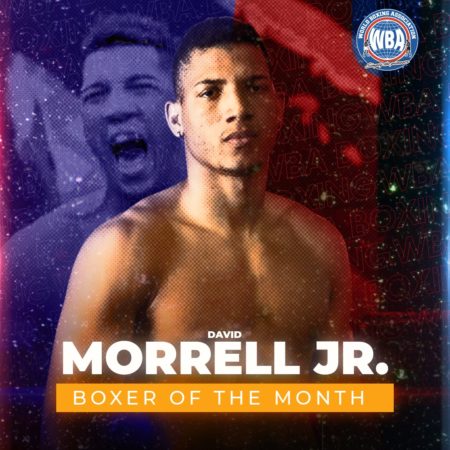