At first glance World Boxing Association Super World Super Welterweight Champion Jarrett Hurd (22-0, 15KO’s) seems an unlikely candidate for being the best in the world in a stacked division.  His story of working the deli at Safeway for years before committing to boxing has now been told numerous times, so it makes one wonder if there isn’t something left on the table – a secret formula – to figure out with the World Champion that continues to upset the odds.

Jarrett certainly puts testament to the notion that you become what you believe through discipline and work ethic.  There is, however, a careful balance to maintain so as not to push the pendulum too far one direction or the other.  Oscillation between extremes is the goal in the brutal boxing world.

“I don’t run long miles, I usually only run three miles at a time because I want to preserve my body” Hurd explains, so where does his amazing stamina come from?  Well, certainly four-a-days will help you with conditioning but with Jarrett it is assuredly his mentality as well, after being defeated in the amateurs by his own lack of stamina in a very important bout for a number one ranking.

“I was fighting D’Mitrius Ballard (now an 18-0 undefeated professional) for the top amateur spot. The first round was close, maybe he won it, and then in the second round I knocked him down with a right hand. He was really hurt, he crawled across the floor and got up only to fall down again. I went wild and punched myself out going for the knockout and D’Mitrius came back and won the decision. After that I knew I never wanted to get tired again because I would have been the top amateur if I had won and it could have changed everything.”

Conditioning aside, perhaps the secret to Hurds success is his ability to fit inside the 154lb limit.  “Everyone asks that,” says Hurd with a chuckle, “I cut weight like MMA fighters cut weight not like typical boxers do for making the limit.”  Jarrett is slightly apprehensive and cryptic while talking about his weight loss secrets but more than likely he is tiering his approach throughout training camp instead of starving himself and sitting in the sauna for days, as is the seeming tradition in an old-school sport.

It is also feasible to say that the secret to his weight cutting could lie in the hands of his lead trainer’s wife.  Coach Ernesto Rodriguez has his wife doing the cooking for Jarrett and while she may not be a professional dietician she does make a mean plate of turkey wings with squash that Jarrett swiftly devours as his superfood fuel.

Head trainer Ernesto is the owner and operator of the Hillcrest Heights Boxing Club in Temple Hills, Maryland, and is a pleasure to talk to as he will give anyone the time of day, name or not, as long as you do right by him.  He certainly came from humble beginnings in Panama City but was groomed for success in boxing seeing as how he grew up in the same neighborhood as Hall of Famers such as Eusebio Pedroza and Hilario Zapata.

Ernesto migrated to the United States at the age of 10 and had a highly decorated amateur career, winning six tournaments and being the only fighter to go the distance with Floyd Mayweather Jr. in the 1995 PAL National quarterfinals in Dallas Texas, saying of the all time great fighter “He was very fast and very smart. Everybody except myself got stopped, I fought well but he was too good for his time.”

Ernesto turned professional in 1997 and racked up an undefeated record of 8-0 before being offered his dream job with the police department.  Considering he was not getting the fights he wanted and had a family to feed, he took the job while continuing with boxing in the form of a mentorship role as a trainer and father figure to the younger fighters.

Fast forward to 2010 when both Ernesto and Jarretts mentor Thomas Browner passed away and we have the makings of the team coming together that we see today through the very large loss of Browner that they experienced.  The rest of the team is composed of Billy Robin as assistant coach, Martin Gibson as strength and conditioning coach, and Phillip Ragland as physician and cutman.  Jarretts younger brother Justin rounds out the team – now as a permanent fixture due to his career being ended from a detached retina, with Justin being oh-so-close to getting a big contract himself.

Could the team that was formulated through tragedy be the secret to Hurds success?  Well, there is a method to it all, as Ernesto calmly reiterates that we have not yet seen the boxing ability of Jarrett.  They studied extensive film and have spent countless hours in the gym emulating the tactics of the all-time greats in boxing so that Jarrett can switch styles when he needs to.  If one looks or listens closely enough you can hear Ernesto shouting “Chavez!” from the corner as Hurd stalks his opponents looking to wear them down, or “Bodysnatcher!” as Hurd rips hooks to the body.  We have not even had a chance to see, at least on television, the Sugar Ray Leonard or Mayweather styles that they have spent many hours working on.

What is left for a potential secret to success other than his nickname “Swift”?  After going through a couple idea phases with his brothers, such as Jarrett “Absurd” Hurd and Jarrett “24/7” Hurd, he came to an unlikely conclusion to the nickname dilemma.  “Well, it’s not exactly an epic story, but I was swiffering the floor one day when my ma walked in and commented on how clean it was,” says Jarrett, “and so I told her I cleaned up just like I am going to clean up the division, and the swiffer turned into Swift Jarrett Hurd.”

All of the above options aside for Jarretts secret recipe for success, there is conceivably one more thing that could explain Jarrett’s rapid and unexpected rise to the top.  Perhaps it is his ability to go that little bit extra, to go to that place that not many men are willing to delve into.  “God is using me for Jarrett” says Ernesto with conviction.  Maybe it is so simple that the answer lies right where many never realize to look.  You can be the judge. 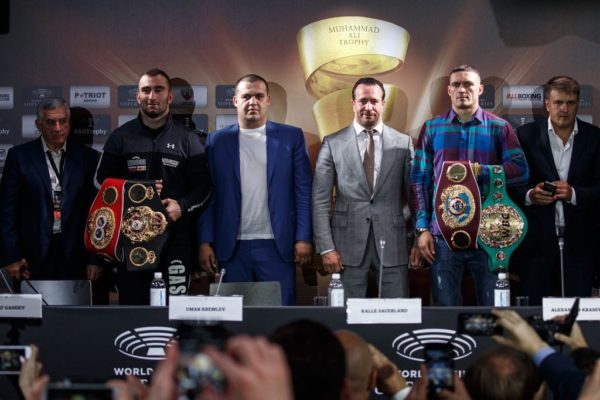