A former WBA Intercontinental and EBU (European) super welterweight champion, and German champion, Culcay won the interim WBA title with a unanimous decision over Maurice Weber in 2015 and has twice defended the belt. “Golden Jack” was elevated to WBA World champion last year.

Andrade won the WBO World super welterweight title in 2013 with a split decision victory over previously undefeated Vanes Martirosyan. He defended the belt one time, before bring stripped due to inactivity.

This fight looks fantastic on paper, and there’s a back story to boot. Andrade defeated Culcay in Chicago in 2007 when both men were amateurs on their way to competing 2008 Beijing Olympics. Culcay wants to avenge that defeat, no less than he wants to retain the black and gold belt.

“Losing to Andrade in the 2007 amateur championships is something that has stayed with me to this day,” said Culcay. “I’m so happy that I will finally get the chance to get my revenge against Andrade and show I am the better fighter.”

Who is the better fighter will be decided five weeks from now.

“In 2007, I fought Culcay as an amateur, so we have some history in the ring,” said Andrade. “He advanced far in the amateur ranks, so he definitely has the skill-set to present a challenge for me. He’s probably looking for revenge and I’m looking to keep my winning streak going.”

Kalle Sauerland of Sauerland Events is as excited about the bout as the two fighters.

“This will be the first World title fight on German soil in 2017, and what better way to start the year,” he said. “We have two of the top names in the division going head-to-head in what promises to be an explosive encounter. Their amateur rivalry will be sure to add to the intrigue. Jack is out for revenge.” 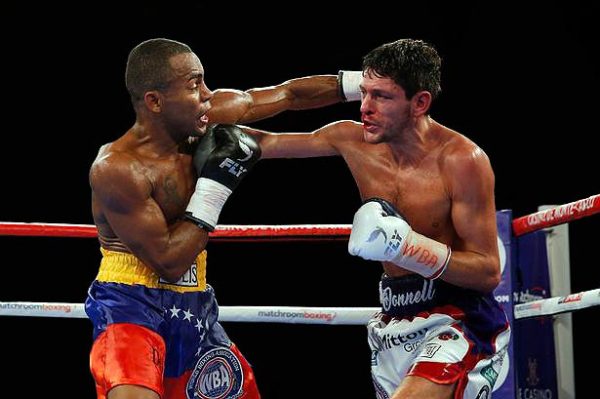