Sosa, the challenger, weighed in first. He came in at a trim and ready 110.9 pounds. Ioka, the champion, tipped the scales at 112 pounds. He hit the flyweight limit right on the button.

The referee for the bout will be referee Russell Mora (US). The three judges are Levi Martinez (US), Ignacio Robles (Panama), and Chalerm Prayadsab (Thailand).

“I am aware of the talent of Sosa,” said Ioka, who is making the first defense of the title he won by dethroning Juan Carlos Reveco on April 22 by controversial majority decision. “He has a very particular style, is crafty and has a lot of experience. It is a challenge of paramount importance.”

The championship bout is of paramount importance to Sosa as well.

The winner of Sunday’s fight will face Reveco who, after his loss to Ioka, was named the mandatory challenger for the WBA World flyweight title. If Ioka his successful again, the rematch with Reveco is slated for December 31 in Japan.

Sounds like the perfect way to end 2015 with a bang. 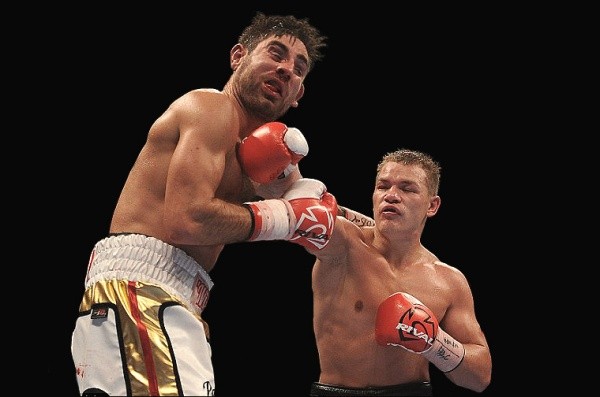