Naoya Inoue captivated the American public in his first defense of the World Boxing Association (WBA) Bantamweight Super Championship and knocked out Jason Moloney in seven rounds this Saturday night at the MGM Grand Bubble in Las Vegas.

The fight’s promotion predicted a “monster” going to the United States, in reference to the Japanese boxer’s nickname. The “Monster” proved why he bears that nickname and finished Moloney off thanks to a straight right to the forehead, in a fight in which his IBF title was also on the line.

The 27-year-old fighter proved that he is one of the best pound-for-pound boxers of the moment. He encountered a difficult and brave rival in the Australian, but the Japanese knew how to take advantage of his speed and his ability to counterattack and get the victory.

The fight was toe-to-toe and both showed desire to win, but in the end it was Inoue who won. In the sixth round he had already managed to send Moloney to the canvas with a right punch, but it was in the seventh round when a perfect counterattack knocked him down for good.

The challenger threw a right that fell short and Inoue responded almost simultaneously with his blow, making the referee give him the 10-count while Moloney tried to get up unsuccessfully.

It was Inoue’s second fight in the United States and his first since he became champion. The Japanese boxer kept his undefeated record in 20 fights, with 17 KOs, while Moloney’s record is now 21 wins, 2 losses and 18 KOs. 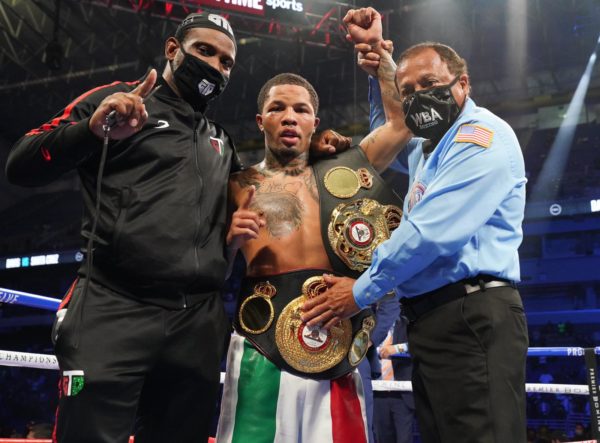