Julius Indongo and Terence Crawford met face-to-face during the press conference prior to their bout this Saturday. The fighters, who will go in the ring to fight for the World Boxing Association (WBA) Super Lightweight belt and the rest of the titles from other boxing bodies, spoke with the press about what to expect for this fight.

Both the Namibian (WBA champion) and the American talked about the intense preparations they had, which could catapult them to the top of the boxing world. They also explained that there is mutual respect and that they are aware of the difficulty they will face on Saturday night in Omaha.

Indongo and Crawford went face to face in front of the photographers and then shook hands. They are among the most prominent elite boxers in the division, which makes this fight of undefeated boxers even more interesting.

Crawford has a record of 31 wins and 22 knockouts, while Indongo has a balance of 22 wins and 11 knockouts. The weigh-in ceremony will be this Friday, and both boxers have expressed that they will have no problems making the weight and everything will be ready for the fight.

Lecca and Fernandez made weight in Peru 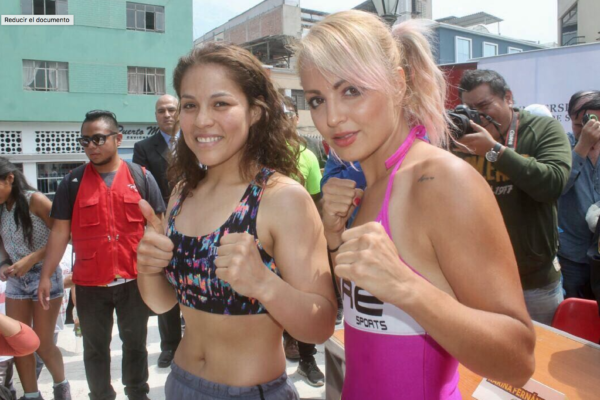