At the Hard Rock Hotel and Casino in Las Vegas, Nevada, Jarrett Hurd recorded his 22nd win and became the unified WBA Super Welterweight Champion as he beat the reigning champion Erislandy Lara by split decision with judges scorecards of 114-113 X2 for Hurd and 114-113 for Lara.

The fight itself was a very good one, with Lara fighting at the distance he wanted early on only to have Hurd ramp up the pressure, undeterred by the champions straight left hand that was landing.  The rounds were fairly difficult to score on the whole, with good ebb and flow back and forth between the two fighters.  Lara landed some very good straight lefts while Hurd was putting out a higher volume of punches throughout his work rate and conditioning.

Both men were excellent condition but it was Hurd, the larger man, that ramped up his work rate in the second half of the fight while the pressure and pace was starting to wear down Lara bit by bit.  Hurd took over in the late rounds, for the most part, and was able to put Lara down on the canvas in the twelfth and final round with only about thirty seconds left in the fight.  It was a sensational knockdown that would end up winning him the fight on the judges cards.

Overall it was an excellent night of boxing and an excellent main event, as a new WBA champion was crowned in what some fans are calling a potential candidate for fight of the year. 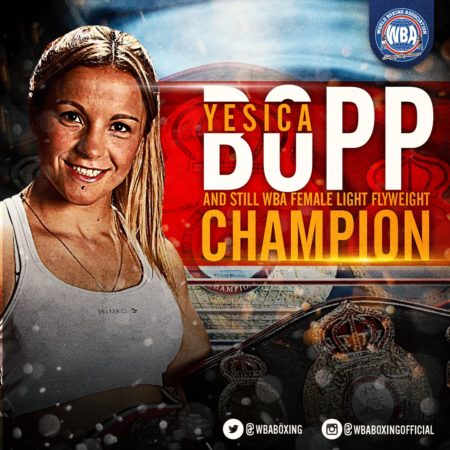