Anthony Joshua is on Joseph Parker’s radar. If you’re a fan of heavyweight boxing—especially the exciting new breed that is set to take over the sport—both fighters’ careers should be of major interest.

Many fight fans have heard of Joshua, the 26-year-old knockout artist from Great Britain who is ranked #13 by the WBA, but Parker, who is ranked is #12 and currently holds the WBA Oceana heavyweight title, is fast becoming a name with which the boxing community is gaining familiarity. The 23-year-old from Auckland, New Zealand, is also undefeated at 17-0. Plus he can punch.

Aside from two wins by decision, only four of his opponents have made it past the third round. He boasts devastating power and surprising upper-level athleticism for a man who stands 6’4” and weighs between 230 and 240 pounds.

Even with Parker’s success, his fighting origin has made him one of the sport’s best-kept secrets. On Wednesday, Parker talked about being a little “jealous” of the attention his contemporary has received in his rise to a moderate level of fame.

“I believe that Anthony Joshua is a great fighter and he’s doing very well on that side of the world,” he told Sky Sports. “I’ve been following his progress and what he’s been doing. It makes me a little jealous, knowing that there are a lot of heavyweights in the UK and there are a lot of great fights for everyone there. In New Zealand and Australia, we don’t really have the other heavyweights to contend against.”

Parker is coming off another dominant win on December 5 against Daniel Martz in his home country of New Zealand. The victory came by way of TKO in the very first round of a bout that proved to be a mismatch.

On December 12, in a much more publicized scrap, Joshua defeated bitter rival and fellow up-and-coming prospect Dillian Whyte in a memorable slugfest. Joshua’s seventh-round knockout was as exciting as it was a cause for concern as the 6’6” titan with the chiseled physique looked vulnerable for the first time.

He was rocked badly in the second round, but he showed a strong beard and the heart of a lion by persevering and ultimately grabbing the victory. The former Olympic gold medalist (2012 London) is undefeated as a pro (15-0, 15 KOs) and is almost universally regarded as one of the most exciting—if not the most exciting—heavyweight prospect fighting today.

Joshua has a fight scheduled for April 9 at the O2 Arena in London, but no opponent has yet been named.

Parker’s next fight is scheduled for January 23 against veteran Jason Bergman at the Falesta Sports Complex in Apia, Samoa.

It’s unlikely Joshua and Parker would be matched against each other four months from now, but Parker believes they have a good chance of facing one another down the road.

“I believe if we keep doing well and we keep winning, probably in the future we can meet up somewhere,” Parker said. “I definitely have a lot of respect for him and his team. We are taking the same paths in what we’re doing in our careers.”

While it’s only natural to yearn for such a tantalizing battle between two young, talented heavyweights, it might be better to wait a year or two, when both men will have further established themselves as forces to be reckoned with in boxing’s marquee division. 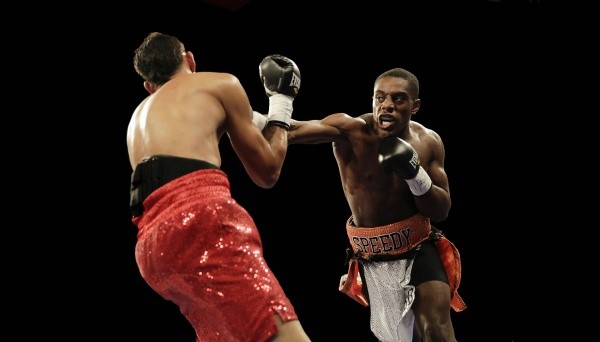