Gennady “GGG” Golovkin and Saul “Canelo” Alvarez held the final press conference for their upcoming super fight this Saturday, which will be broadcast live on HBO Pay Per View from the T-Mobile Arena in Las Vegas.

The bout will be for Golovkins World Boxing Association (WBA) Super World Middleweight Title.  It is a very historic defense for GGG, because if successful he will surpass Bernard Hopkins record 20 title defenses.

The final press conference took place at the Ka Theatre at the MGM Grand and the fighters were fairly short as usual, as they are gearing up for the fight and have said most of what is going to be said until they exchange blows in the ring.

“We have a huge date, Mexican Independence date, this is the biggest day for boxing fans.” Said Golovkin.

Golovkin further said “Thank you to God, promotions, HBO, the teams, Canelo’s team, my team, and all fans on all sides.”

Canelo was equally as curt with his time, also thanking everyone “Thank you to everyone here, my team, and my family.”

Canelo also had a good parting message, saying that he is ready and prepared for battle but that “If you know me through my career you know I do not talk, I will do it in my ring and I hope that everyone enjoys the fight – for my fans and for Mexico.”

The super fight is nearly here and you can feel the tension mounting as fans are pouring into Las Vegas to support their favorite fighter and also just to be at the historic event where the WBA Super Title will be on the line in the most highly anticipated fight of the year.

Lemieux and O'Sullivan promise war to the death 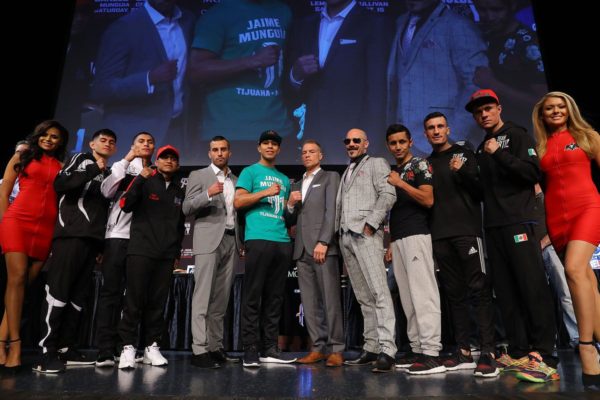