In the last face-to-face, nothing was different. Gary O’Sullivan continued to attack David Lemieux and he made a promise: I’m going to cut off his head.

“Yes, I want to cut off his head, he’s a very disrespectful guy … he does not have class, but I keep focused, even though it’s against him to fire the fuel,” said the Canadian.

“I will be much more dangerous with him in the fight, I will not have mercy,” Lemieux added.

Regarding what will happen in the fight, Lemieux acknowledged the high level that O’Sullivan has, however, he believes he should be the favorite to win on the night.

“His style and aggressiveness will come to me, but I am more powerful, he is strong but nothing more than that, I will not have any problem,” he added.

For his part, O’Sullivan gave his prayers to Lemieux and said that he can destroy him to earn the right to go against the winner of Canelo-GGG 2.

“I want to make a sincere statement and show the fans what I really am. Someone worthy fight the winner of Canelo-GGG, after I destroy Lemieux,” O’Sullivan said.

“My reaction is that he must have been looking in the mirror because he described himself, I have many different styles and he only has 40 fights.

The table is set for what will be one of the best fights of the night that Golden Boy Promotions will present.

Lemieux-O’Sullivan will be part of the undercard of Canelo-Golovkin 2 from the T-Mobile Arena from Las Vegas, Nevada, agreed to be a 12-round World Title Eliminator for the World Boxing Association (WBA) Middleweight Title. 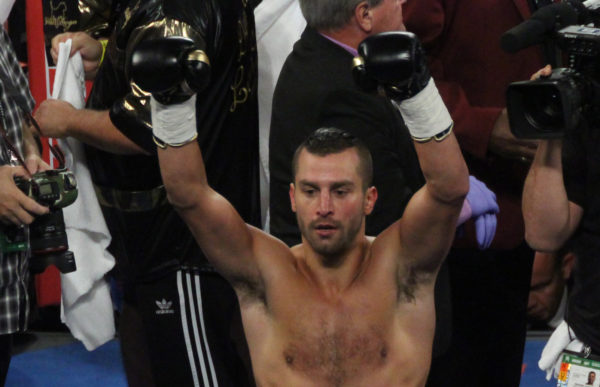