Gilberto Jesus Mendoza, president of the World Boxing Association (WBA), completed a productive work tour for three days in Venezuela where he held important meetings in favor of the systematic development of boxing.

Among the first of his was meeting with Pedro Infante, Minister of Sports, with whom he spoke with in order to start the WBA Academy in Venezuela for 2019 and thus improve the level of officers and coaches in the country. All this was done in hand with Elvis Sanchez, president of the Venezuelan Boxing Federation and representative of the WBA, who will organize professional and amateur tournaments to raise the level of the boxers.

“We talked to forge a true partnership. A union that helps develop new fighters, but also strengthen the knowledge of our coaches and officials. The idea is to consolidate the base of Venezuelan boxing. In this way we will ensure that the present is better and that the future has a high level,” said the President of the WBA.

In addition, Mendoza also attended the final of the Gilberto Mendoza tournament, in honor of the President Emeritus of the WBA, which was fought by the best fighters in Venezuela and whose winners obtained a position in the longest-running rankings in governing the world or pugilism. He also awarded the new gladiators, winners of the national children’s tournament, held by the Venezuelan Boxing Federation, while pushing the boys to strive to obtain an Olympic medal and a World Championship.

As expected, the WBA top leader met again with several Venezuelan world champions with whom he remembered great moments and talked about the sport of fists. Mendoza highlighted the work they have done for Venezuelan and universal boxing.

“It is an honor to share with legends of our sport. There is Leo Gamez, who has four world championships in different weights, Eloy Rojas, David Griman, and Rafael Orono. Seeing them brings back great memories such as gloving up with Orono. I appreciate all of them and it’s them who made me fall in love with boxing,” Mendoza said. “We also cannot forget the pioneers of women’s boxing. Here is ‘La Polla’ by Petard, Carolina Alvarez, and Ogleidis Suarez. They have also made history.”

Boxing and baseball are two very important sports in Venezuela. For this reason, the President of the WBA took advantage of his visit to the country to approach the University Stadium of Caracas, where the Leones del Caracas and Tiburones de La Guaira, very popular teams for the South American nation, played a match.

Before starting the match, Mendoza named Oswaldo Guillen as ambassador of the WBA, granting him a mini-belt of WBA world champion. This recognition seeks to honor the career of a great player, who was also the first Latin American manager to win a World Series.

During his time in baseball, the President met with great figures such as Antonio Armas and Felipe Lira, great former Venezuelan baseball players. In addition, he spoke with the prominent journalist Carlos Valmore Rodriguez. With everyone he talked about his passions: boxing and baseball.

In this way, Mendoza culminated a productive trip to Venezuela. It is this country with which he undertook to support the systematic development of boxing. To achieve this goal, the alliance with the Ministry of Sport and the Venezuelan Boxing Federation is vital, so that the WBA Academy for coaches and officials can be implemented, such as professional and amateur tournaments.

Fielding full of confidence for Canelo challenge in New York 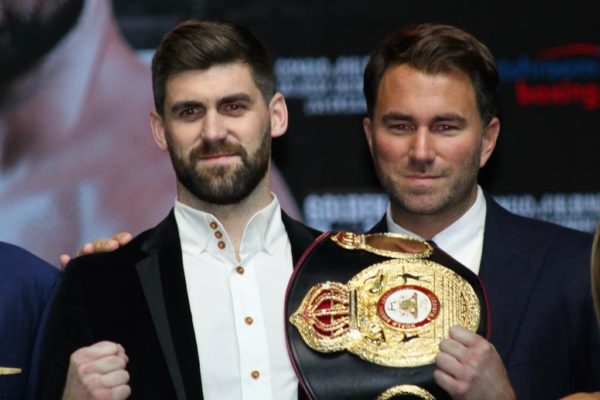