Every presentation of the most exciting boxer of the moment generates a lot of expectation. The fans are torn between two feelings: that he fights more rounds to see him more, but at the same time they want him to knock out fast to appreciate his power. That happens with the powerful middleweight world champion, the Kazakh Genaddy Golovkin. On February 21 in the Principality of Monaco, he will defend for the twelfth time the middleweight belt, he won on December 16, 2010, knocking out Nilson Julio Tapia in three rounds in Aslana, Kazakhstan, against English Challenger Martin Murray.

Since then, has rule with iron fists the division where once reigned illustrious champions like Ray Robinson, Carmen Bassilio, Tony Zale, Rocky Graciano, Carlos Monzón, Marvin “Marvelous” Hagler, Roy Jones Jr, among other stars. He has defended 11 times the Crown and has defeated those eleven challengers by KO. The opponent that has lasted longer is Kassim Ouma who lasted 10 rounds on 17 June 2012 in Panama in his first defense. Golovkin has an undefeated professional record of 31 victories, 28 of them are by KO.

He was born on April 8, 1982 in Karaganda, Kazakhstan. He has been a star since he was in amateur boxing. He won the gold medal in Bangkok 2003. In that competition he beat distinguished exponents who later have shined in the professional like the Russian Matbey Korovob (former WBO Middleweight world champion), whom he defeated 19-10; Sir Andy Lee (current WBO Middleweight champion, who dethroned Korovob by KO), whom he defeated 29-9 and the Romanian Lucien Bute (KO 4), now former IBF Super Middleweight World champion.

So, the Kazakh Genaddy Golovkin performances we have seen so far should not surprise us. That was coming. He has bettered opponents of strength and classification (for what it is at this time), and has been avoided by some who are highly publicized in Las Vegas big boxing for fear to be left in evidence by the devastating punching power of GGG.

Today he is the star of the middleweight weight division an people talk about ideal fights, GGG and Canelo Alvarez or against other champions such as the Puerto Rican Miguel Cotto, but it is known that those boxers advisers against this fight because they consider Golovkin an out of this world boxer in the middleweight division. This is another reason why Golovkin has not faced better opponents. They are afraid of him. As simple as that.

Who is Martin Murray?
The English-born challenger Martin Murray has a professional record of 29 victories, 12 of them by KO (sign that he is not a puncher), 1 loss and a draw. He was born on September 27, 1982 in St. Helens Merseyside, UK. His only loss was on April 27, 2013 against then WBC World Champion, Sergio “Maravilla” Martinez in the Campo de Vélez Sarsfield, Buenos Aires, when he lost by unanimous decision against the elusive Argentinean who was booed by his countrymen. Murray, looked strong that night in Buenos Aires, and even floored his opponent several times, but only one of them was seen by referee Massimo Barrovechio as an actual knockdown.

In spite of Murray’s effort, the Argentine managed to accumulate points in most rounds to win a unanimous decision. The audience applauded Murray and booed Martinez, but experts felt that, above all, to punish Maravilla’s poor performance he was disappointing. The judges scored as follows: both the Venezuelan Nicolas Hidalgo and Mexican Alejandro Rochin and American Max DeLuca scored the fight 115-112 in favor of the champion Sergio Martinez.

His other big fight was a controversial draw in Germany against Felix Sturm, multi-Middleweight Champion. Since that fight on December 2, 2011, people have the certainty that they are in front of an Uncrowned Champion. In that fight, the score was as follows: Jean Francois Toupin saw it 112-116 for Felix Sturm; Pasquale Procopio scored it 114-114 Ted Gimza and 115-113 for Murray.

Before facing Martinez in Buenos Aires, Murray made a fight in Manchester in preparation for major commitments. But it seems that the opponent is backed up and they had to find a replacement. The substitute was the young Venezuelan prospect Jorge Navarro who only had 12 professional fights. He was undefeated, but he was very new for a commitment of this magnitude and succumbed by TKO in 6 rounds.

What would happen before a Golovkin?
Since then there is the impression that Murray is trained with lower class boxers who do not have the qualification required to measure the conditions of a real challenger. In his last four fights after failing with Martinez for the title, Murray has faced and defeated four opponents. Two by TKO, and two by points. His record of 12 knockouts in 29 fights tells us that Murray, despite the fact he knocked down Maravilla, he does not have power punches.

If he does not have the power to stop the overwhelming GGG, Murray is sentenced to a quick death. Golovkin does not rush but he is never late either. He goes out to puts pressure and with the punching power, it is difficult for whom cannot not stop him with force, could withstand the punishment. The Murray who grew up against Felix Sturm and put Maravilla in trouble could reach a tenth round to Golovkin.
But who cannot stop lower qualification boxers, is simply doomed to die soon. What can Murray do to stop GGG? Some say that Golovkin only throws punches and has not fought a real boxer. Others believe that besides his good boxing he’s go power. We don’t know but we wonder does such boxer exist? Is it Canelo? Could it be Cotto?

Each of them has in his country of origin very fervent fans who think so. That one of them has the ingredients for “to bell GGG”. Here we do not think Murray pass the eighth round, we even see it difficult for him to get there, but we’ll put that limit. The other two, Canelo and Cotto will continue picking fights with lots of money and low risks. Golovkin is not the candidate they look for. We believe that these two have a very remote chance of beating GGG. Even more remote they finishing standing up, if they fight.

This will be Golovkin 32nd fight; he is undefeated with 28 knockouts. This is his 12th WBA middleweight title defense, and he has already become a Super champion. He won the title by KO and has solved his 11 defenses the same way. Is it, or is it not, a Luxury Champion? We think that after Marvin Hagler and Roy Jones Jr, Golovkin is the most steady and complete Champion we’ve seen in the middleweight division. 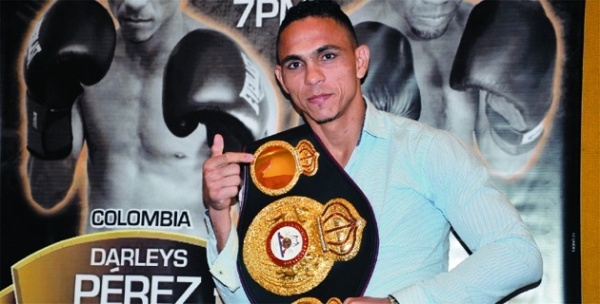 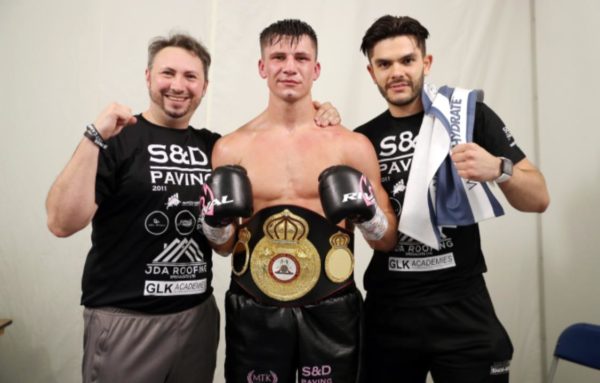 Kieron Conway made a great fight at the Marchroom Fight...