Thirty-two years have passed since that July 29th, 1988, when Colombian Tomás Molinares was crowned WBA world champion, defeating Marlon Starling in the sixth round at the Trump Plaza Hotel in Atlantic City, with a powerful right hand that crashed into the champion’s chin. In Colombia, they had to wait more than a minute to find out what had happened, because the producer of the broadcast has ordered to go to TV commercials before the decisive punch in favor of the Colombian.

It all began on April 17th, after returning from San Andrés, where Molinares had knocked out Emiro Oliveras from Cartagena in two rounds. Billy Chams told us that the fight against Marlon Starling for the WBA Welterweight title was ready, and that he had made arrangements with Cedrick Kushner and Main Events for the title fight; but there was a problem, there was a fight signed in Cartagena against Eric Perea from Panama, in the same program in which Happy Lora would defend his Bantamweight title against the Argentinean Lucio ‘Metralleta’ López. For that reason, Julio Guerrero went to Billy Chams’ office to reconfirm Tomás’ fight in Cartagena on April 30th.

The fight in Cartagena would be Tomás’ last fight under the direction of Curro Dossman, because everything was ready for us to travel to Los Angeles to train under the direction of the Argentinean Amilkar Brussa, who had the Olimpic hotel ready, where the Venezuelan Antonio Esparragoza was preparing to fight Marcos Villasana. Molinares defeated Perea on April 30th, but we could not travel in May due to the delay in processing Molinares’ visa in the American embassy by Main Events. We were only able to travel on June 21st.

When we arrived in Los Angeles, Tomas Molinares, Billy Chams and I, we first went to the lab of Joey Olivo’s father, a former WBA Light Flyweight World Champion, to make a good mouth guard for the boxer.

Training began in California on Friday, June 24th, and I remember that we went early in the morning with Miguel Mercedes, Victor Cordoba and Diomedes Colome to Griffith Park, for the morning sprint. From that first day, the Panamanian Cordoba noticed the discomfort of the Colombian.

In the afternoon we drove to the Yacht Club in Brussa’s old Dodge Dart. When we returned to the hotel, he told us how little he could do for Tomás, if he did not do his part; we looked at him and thought, if this is the first day, what could happen from now on, when he had to work hard to make the weight.

After the first sparring session, Brussa was not happy because Molinares had gained weight and sometimes gave the impression that he would get out of the ring in the middle of the sparring session.

The time in Los Angeles was difficult, Tomás was homesick, he missed his girlfriends, mostly because they managed to communicate with him and give him their best arguments to show which one was the most in love.

Panamanian Victor Cordoba became our ally to ensure that he kept his eyes on the training sessions, so by July 15th, 14 days before the fight, he was already close to the limit of the category, and that, together with the intelligence shown in the sparring sessions, encouraged us to travel to Atlantic City hoping to defeat Marlon Starling.

However, if Cordoba was an important ally, Ruben Gomez was fundamental, he was the person who took us to the beach, to shopping malls, especially when I called him because Tomas was depressed. This Mexican became a guide and protector in Los Angeles, he would take us to his home to watch videos in VHS format with Starling fights, that’s where the blow that ended the fight came from. That’s why, after 32 years, we can say that this type of blow was thrown many times during the first five rounds because it was part of the training at the Yacht Club in every sparring session.

We all know from the course of the fight, as it became an important victory for Colombian sport, but that something that was in Tomás Molinares’ genes arose, bipolarity, which got combined with the evil of some friends who took him down the cliff, from which he has emerged, thanks to his family and Cuadrilatero, that never abandoned him. Billy Chams died 7 years ago and Tomás Molinares has only stopped going to his office in these times of pandemic.

Thirty-two years have passed and Colombians still remember that punch that crashed into Marlon Starling’s chin and turned Tomas Molinares into the WBA Welterweight World Champion. Although the Atlantic City Athletic Commission and Larry Hazzard declared the fight as no contest, the World Boxing Association, in compliance with its rules, kept him as a champion until the moment he abdicated, driven by his illness. 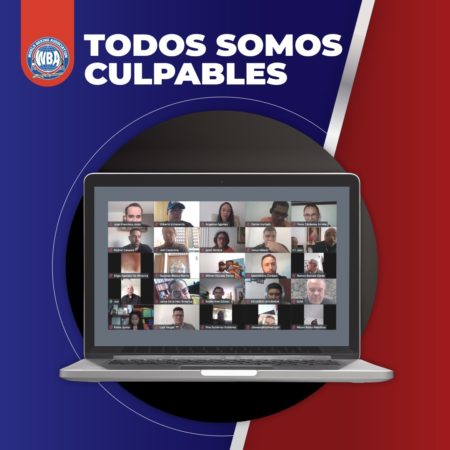