The WBA super welterweight champion of the world, the Costa Rican Hanna Gabriels and her rival in turn, the Australian Sarah Dwyer met at the press conference held in the land of the lakes and volcanoes, Managua Nicaragua.

The evening will be promoted by Nica Boxing, the event has attracted much attention since the Costa Rican Hanna Gabriels is one of the best boxers in the world, in addition to having starred in the best fight of 2018 against the American Claressa Shields.

His rival on duty, Sarah Dwyer traveled from the other continent to find the surprise and return to Australia with the belt on his shoulders, in the fight that she calls as a test of fire.

The conference was attended by all the local press that will open the boxing day with an international battle.

The first to take the floor was the challenger Dwyer, who said: “I am grateful for the opportunity, it is my dream to be a champion and we travel from far away to fulfill it”.

“This is a test of fire, but we are ready to fight in the short or long distance. We can not predict anything, but we will be ready for any situation that may arise, “the Australian added.

The champion Hanna Gabriels at the moment of taking the microphone was acclaimed by the media in recognition of everything she has done for women’s boxing.

“Thank you very much for the opportunity to fight in Nicaragua, to represent women and bring the message of inspiration to adults and children,” said Gabriels.

“I can not predict anything out of respect for the sport and my rival, but I guarantee you that we are prepared for a great show. In the shed will win the best strategy and the best boxing “, closed the Costa Rican.

The event will take place at the Discoteca Baco-Managua, headquarters that expects to serve 2,500 fans, and the transmission will be in charge of Tigo Sport. 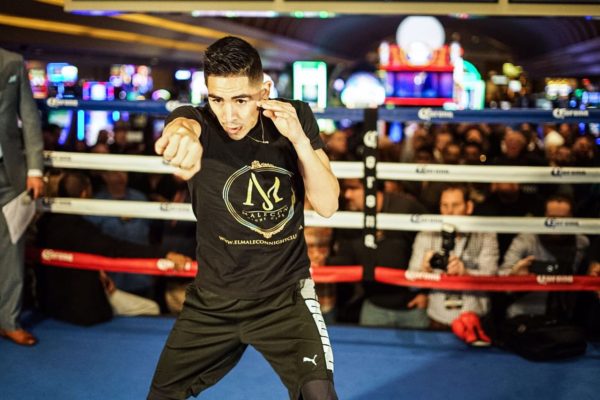