The World Boxing Association (WBA) had a very important weekend. In the efforts to contribute to the integration of boxing in all its branches, to evolve in the discipline and to make it safer, the oldest sanctioning body in the world carried out the first billboard of the “Future WBA Champions” program in Hialeah Gardens, southern Florida.

Pugilists from Argentina, Nicaragua, Puerto Rico and the United States saw their faces in a day consisting of 11 matches, which was backed by the WBA and the presence of the president of the organization, Gilberto Jesus Mendoza, who could not miss the opportunity to follow closely one of the events framed in his proposal “One Boxing”.

“I’ve seen a lot of talent in boys and a lot of willingness to be better,” Gilberto Jesus Mendoza highlighted after the event.

“Boxing is constantly evolving and changing, but we must make sure it is for the best. For this reason, our proposal “One Boxing” seeks to show that integration is as appropriate as possible, and that the greatest beneficiaries are always the athletes,” added the president of the WBA.

The “Future WBA Champions” has been a new step in that direction, a route of several stages and objectives that has now entered a strategic phase, with the organization of fight cards that allow the fighters to see action and be able to prepare for the events of the Olympic cycle, marking a new era for boxing.

Just last week, the WBA gave its support to the amateur boxing evening called “Goldap Fight Night”, which was held in Goldap, Poland, with the participation of amateur boxers from that country, Lithuania and Russia, materializing actions aimed at integrating all of boxing

Florida represented an ideal place to start the program because thanks to its location, it was possible to bring together boxers of various nationalities. The WBA has always had as a priority the globalization of boxing and in this plan this objective is present. The idea is to travel the world and reach more places with this program, to provide conditions for the integration and organic growth of pugilism, so that all the fighters that participate in it are able to face the challenges imposed by the new times.

Mendoza has stated from the beginning that professional boxing is very important and that of course the focus on it, but also that boxing is all one sport and for that reason you can not stand idly by the problems that threaten the amateur ranks in the sport.

Once the first edition of the Future WBA Champions is completed, the WBA family will hold a technical evaluation conference (“evaluation day”) in order to consolidate the program and plan upcoming events. These events will provide suitable conditions for amateur boxers who are already in the final phase of preparing the Olympic route and for the new generations of amateurs.

The WBA fully pledges to contribute ideas and actions in order to contribute directly to the rescue of Olympic boxing with both the “Un Solo Boxing” plan and the “Future WBA Champions” program, from which thanks have come from the beneficiaries in their first event.

The oldest sanctioning body in the world will continue working in this direction, and will soon announce the next steps in its intention to help the sport. 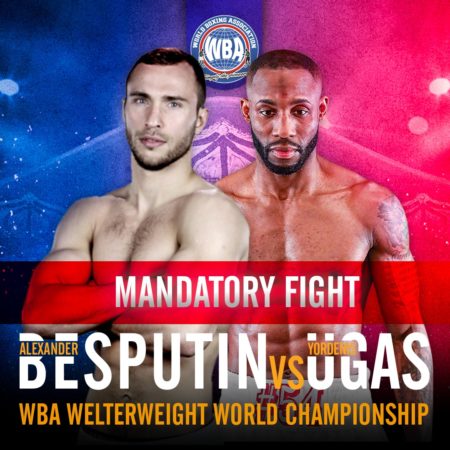