In a historical night for women’s boxing world, American Franchon Crews Dezurn unanimously defeated Elin Cederros and became the new 168 lbs. champion of the World Boxing Association and of the other three major boxing bodies. This was one of the complementary bouts of the night at Madison Square Garden in New York.

The mythical sports arena, which hosted women’s boxing for the first time, witnessed Franchon’s voracity: from the start, the pressure, the frontal advance and the precision of open punches to the face, left almost no response to the Swedish boxer Cederros, who was the owner of the WBA and IBF belts. While Franchon exposed the WBC and WBO belts.

As the rounds went by, and despite the tiredness due to the constant attack, Franchon consolidated her victory against the bravery of Cederros, who kept bleeding from her nostrils and stood up for the ten rounds agreed upon.

The American diva improved her record to 8 wins and only one loss. She is now the unified super middleweight champion.

Katie Taylor is still queen of the 135 lbs 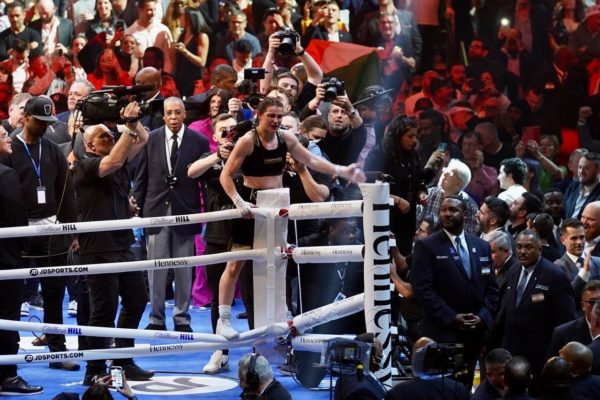