Brandon Figueroa wanted to leave no doubts at the Bert Ogden Arena in Texas, and worked hard to knock out the Argentine native Javier Chacon in the fourth round and retain for the first time his interim super bantamweight title of the World Boxing Association (WBA).

The 22-year-old champion presented himself for the first time as the owner of the 122-pound black and gold belt, and there was no better scenario for such combat as his own house. From the first moment, Figueroa’s strength was revealed and his combinations were felt by the Argentinian, whose heart and desire to beat the odds were not enough before the overwhelming pressure of the boxer of Mexican-American descent.

Figueroa worked hard with the left hand and with hooks. He always looked to land blows with a lot of power that could define the contest. In the fourth round, a barrage of blows put Chacon against the ropes and later knocked him down for the referees count.

Although the South American tried to get up, he faltered in his intention and fell back to the canvas, so the third man in the ring was forced to stop the fight and give the victory to the champion.

Figueroa stands as one of the strongest and most blue chip young fighters in the division, while looking for better opportunities against the most prominent in that category.

The left-handed boxer won the 20th fight of his career, in which he is undefeated and has won 15 fights via knockout. Chacon, meanwhile, saw his record fall to 29 wins, 5 setbacks, 1 draw and 9 knockouts. 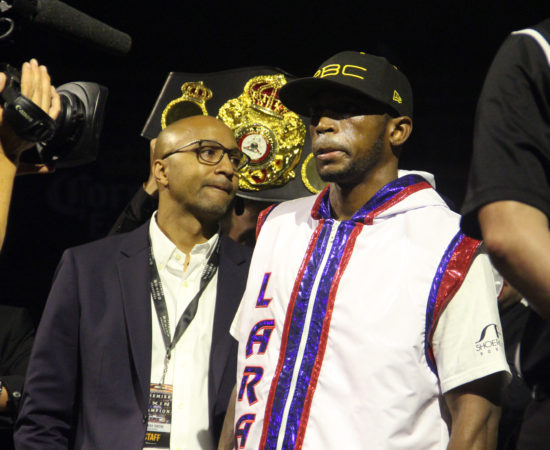