Both fighters were present at the ceremony and spoke in front of the cameras about their showdown, which will also have the WBC and Ring Magazine belts at stake.

The American of Mexican descent spoke about how she has worked for the fight and her intention to retain the crowns. Of Mexican origin, the 33-year-old fighter is going through her best moment and wants to prove it in this great evening.

The Venezuelan admired her rival’s career and reflected on how women’s boxing has grown worldwide. She also thanked for the opportunity to show herself in the United States and assured that she is ready to surprise.

The fight will be one of the most interesting of the night. Esparza has 12 wins and 1 loss, with 1 knockout, while Guzman has 19 wins, 1 loss, 1 draw and 11 knockouts. 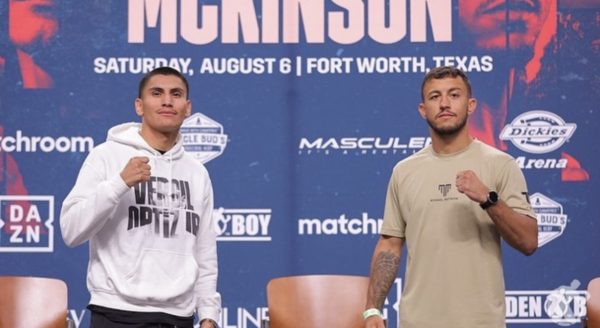