As a child she dreamed of being a policewoman and being able to stand out as an athlete. Erika “Dinamita” Cruz will make the first defense of her World Boxing Association feather belt on November 26 against her Mexican compatriot Melissa Esquivel. The fight will take place at the International Convention Center in Puerto Vallarta, Jalisco, Mexico.

That great performance brought her new possibilities and in September, after a fruitful meeting with Eddie Hearn, she signed a contract with the Matchroom promotion, under which she will seek to retain the prized title.

” Dynamite” is a woman who has made every one of the dreams she nested as a child come true: she became a member of the Mexican National Guard and became a world boxing champion. In addition to the Pan American silver medal she won in 2011 as an amateur fighter.

A new challenge awaits her at the end of this month. She will face Melissa Esquivel, also from Mexico, who has a total of 12 wins, 1 setback and 1 draw. On her part, Cruz has a record of 13 wins, 3 of which were by knockout, and only 1 loss.

Keep an eye on: Azat Hovhannisyan 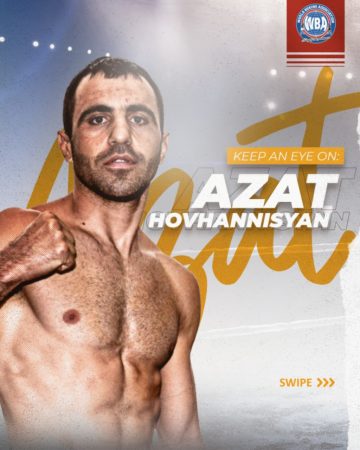