The Cathedral Room at St. Nicholas, in Pittsburgh, Pennsylvania, will witness the clash between the undefeated Ukrainian Oleh Dovhu and the American Glenn Dezurn, this Saturday for the North American Boxing Association (NABA) super bantamweight title, a body attached to the World Boxing Association (WBA).

The vacant WBA-NABA title will be at stake during a great night of boxing where the European and the North American will try to achieve a victory that credits them as regional champions and gives them great opportunities for the future.

Dovhu is 27 years old and jumped to the professional ranks in 2017. He has made his entire career in the United States and has fought for titles of several regional organizations.

Dezurn has a bit more experience as he has been boxing professionally since 2013. He has fought good opponents in his career and comes in on a five fight winning streak.

Various promotional activities will take place this week and on Friday they will step on the scales. Dovhu has 12 wins, no losses and 5 knockouts, while Dezurn has a record of 14 wins, 2 losses, 1 draw and 10 knockouts.

The new champion Hannah Rankin between the pentagrams and the strings. 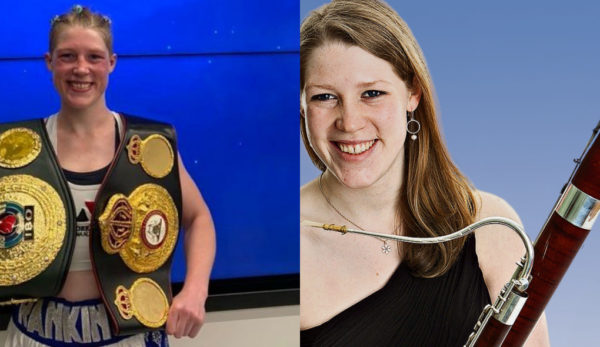