Berto came to fight and gave it his all. But he was going up against a Grand Master, the finest fighter of his generation, one of boxing’s all-time greats.

Even at the age of 38, Mayweather is a formidable fighting machine.

It was a brilliant performance, as perfect as demonstration of the “sweet science of bruising” as we’re likely to see in many years.

Fighting out of the blue corner in black and grey trunks, Mayweather was as exceptional as only he can be. He is the ultimate four-star ring general. His ring IQ is off the charts. Even after 19 years and 49 fights, he fought like a man half his age.

Berto, fighting out of the red corner in white trunks with black and silver trim, had the odds stacked against him going in. His carefully crafted game plan was nullified by Mayweather’s brilliance. He couldn’t cut off the ring. He was forced to smother his own punches. Floyd’s technical superiority was, in a word, dazzling.

Mayweather, for whom boxing sometimes has seemed a burden, appeared to be enjoying himself Saturday night. He was landing punches almost at will. He was shrewdly making Berto miss. He was celebrating what he does so well and has done so well for so many years, reveling in being the sweetest of sweet scientists in what he reminded us, at the bout’s conclusion, is indeed his final fight.

“My career’s over,” he said. “It’s official. You gotta know when to hang it up. It’s about time for me to hang it up. I’m knocking at the door now. I’m close to 40 years old. Been in this sport 19 years. Been world champion 18 years. I broke all the records. There’s nothing left to prove in the sport of boxing.”

Mayweather may change his mind. Time will tell. But if it’s over, as he insists, Mayweather ended this chapter of his life with dignity and class.

One can’t ask for more than that. 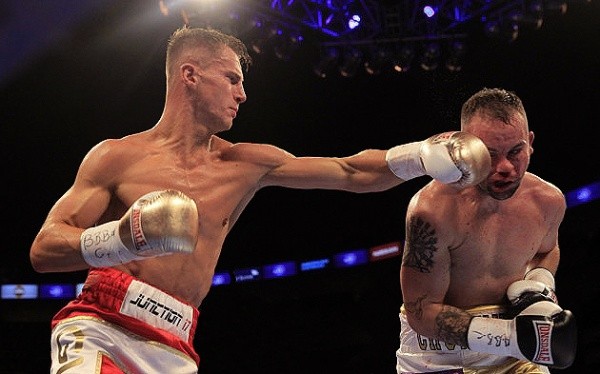