It was a tough night for the champ. Seemingly the stronger, more seasoned fighter, De Carolis got more than expected from the slick 24-year-old challenger fighting in front of his hometown fans.

The fighters started fast. De Carolis drew first blood in the first round from the challenger’s nose. Zeuge threw several eye-catching flurries that wowed the crowd and won him the first two rounds.

The champ found his rhythm in round three. He landed several rights around Zeuge’s guard and kept up the pressure in the fourth.

The fighters traded in rounds five and six. De Carolis, the puncher, seemed to be wearing down Zeuge, the boxer, and slowly began to pull ahead.

It was a fast-paced fight. De Carolis set the pace in rounds seven through nine. Zeuge got his some licks of his own, but it looked like the fight was the champion’s to lose.

Zeuge injured his shoulder just as round 10 was coming to a close. He fought through the championship rounds with one hand and made it to the final bell. 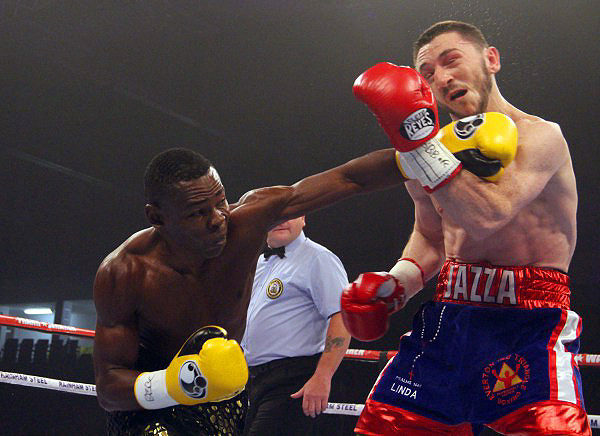