Artem Dalakian retained his World Boxing Association (WBA) flyweight crown by winning via sixth round TKO against Dominican challenger Gregorio Lebron. The champion was at home at the Parkovy Convention Center in Kiev, Ukraine, and demonstrated his superiority to the thousands of people who cane to see him defend his belt.

From the first moment of the fight, Dalakian made it clear that he would not cut the Caribbean any slack and thanks to his technique he managed to get in control quickly and stay in control. In the second round, a right hand sent the Dominican to the canvas and although he got up, from that moment on the champions technical advantage was very clear.

Dalakian had the advantage and worked comfortably in the lead during all the rounds until in the sixth he sent Lebron back to the canvas. As soon as he got up, Dalakian knocked him down again and then when he knocked him down a third time the referee decided that the fight should be stopped to give Ukrainian victory.

For Dalakian it was the second defense of his crown that he won in February of this year. He now has a record of 18 wins, no losses, and 13 knockouts while Lebron left the ring with his record at 21 wins, 5 losses, and 16 knockouts. 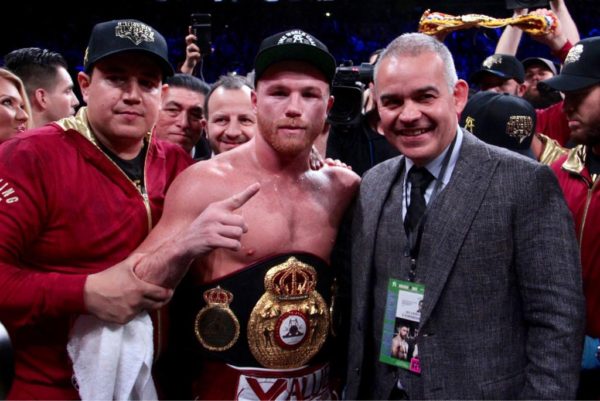