Chris Eubank Jr. won the Interim Middleweight Title of the World Boxing Association (WBA) in the second round when Korobov suffered an injury to his left shoulder and could not continue.

The fight for the WBA vacant interim middleweight title took place at the Barclays Center in Brooklyn, New York, and was broadcast live on Showtime.

In the first round Korobov was landing his straight left hand clean right away at the opening bell and it looked like the fight might be shaping up to be a very good one, when Korobov threw a straight left in the second round that appeared to either injure his shoulder muscle or throw the arm out of the socket. He was deemed unable to continue.

Both men needed a win at this time in their careers that were at a crossroads. Eubank Jr. was returning to the middleweight class after a long stint in the 168 pound division where he had his ups and downs. It was not an emphatic victory for Eubank, but a victory in the record books nonetheless.

“Doble Impacto” will paralyze Barranquilla with Maestre-Chaves as main event 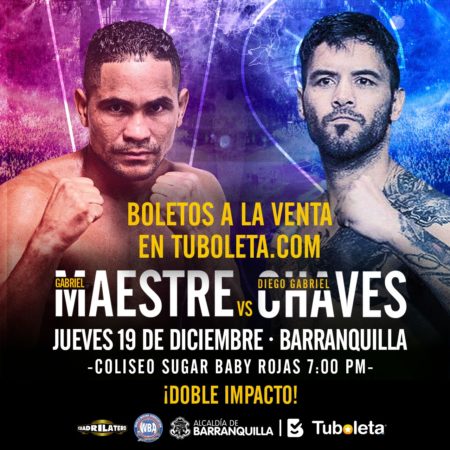