Chris Algieri confirmed he will attend to the 2017 Convention of the World Boxing Association (WBA) that is taking place in Medellin, Colombia. This American boxer born in New York City has a boxing-counterpunching style and has had a great career in both, inside and outside the ring.

Algieri won the WBO Junior Welterweight Title in 2014 after defeating the courageous Ruslan Provodnikov. By that time, the boxer turned to be the big surprise when his rival was the great favorite according to stats. This was the Algieri’s first step to be recognized since he was almost unknown on the business side of this sport.

Later, Algieri got the chance to face Manny Pacquiao, Amir Khan and Erroll Spence Jr. in fights he never imagined he could have at his early career. Algieri began to box a little late in 2008, when he was specifically 24 years old, after taking the time for studying and get a bachelor’s degree in Healthcare Science from Stonny Brook University in 2007. In 2010, he got a master’s degree in Clinical Nutrition from the New York Institute of Technology.

In high school he got interested in wrestling and kickboxing, he performed professionally in the latter which served him as the basis for boxing.

Algieri is the living example of what the WBA wants from fighters: comprehensive men who can go beyond their talent on the ring and develop up to top in his life. There’s a lot of enthusiasm inside the Association for the presence of the American boxer in Medellin and he is considered as an excellent addition to the convention.

Roy Jones jr. will be in the WBA 96th Convention 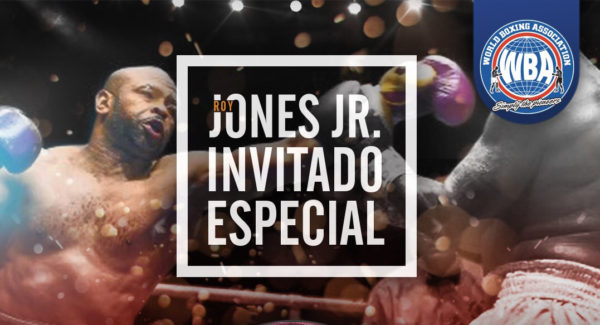