Roman Gonzalez retained his crown with an exceptional performance over Israel Gonzalez this Friday night in Mexico City. The Nicaraguan boxer is still the World Boxing Association (WBA) Super Champion after making the first defense of the belt.

The fight was frenetic as the Central American did not meet a passive opponent. “Jiga”, who was the local fighter, fought toe-to-toe against the champion, in an fight with many exchanges, punches, and combinations that kept the viewers in tension.

The champion launched the attack with a high volume of punches from the beginning. His relentless attack allowed him to win most of the rounds despite the response that the challenger always had with good hits to the middle area and several right punches that surprised “Chocolatito” at times.

But in the end, the experience and the insistence of the champion tipped the balance to his side to give him the first defense of the title he won in February against Kal Yafai.

Preciado knocked out Hernandez and won the WBA-Fedecentro title 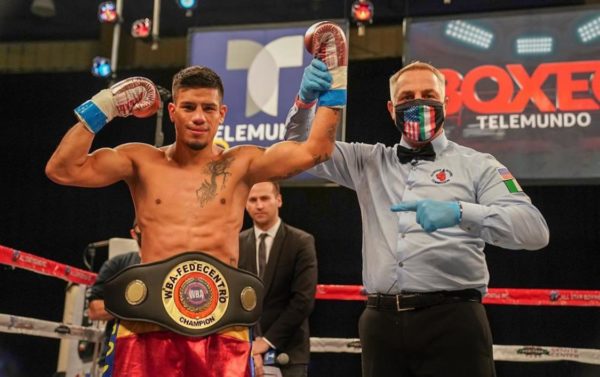