Ted Cheeseman scored his 14th victory and ninth by knockout in the fourth round over Paul Upton at York Hall in Bethnal Green, London. The victory retained his World Boxing Association (WBA) International Super Welterweight Title that he won this February in a fight against the experienced veteran Carson Jones.

The fight itself was highly anticipated as both young fighters were undefeated and coming into the bout with very high expectations. Upton came in with a 15-0 record and was expected to try and box the aggressive, pressure fighting Cheeseman.

The fight did not unfold as planned for Upton when in the first round Cheeseman came out very fast and strong, pressuring him heavily. Upton landed some solid flush shots but Cheeseman continued forward through them as they did not affect him.

Cheeseman continued pressing in the early rounds while mixing up his shots to both the head and the body while Upton was starting to feel the pressure, loading up on punches of his own to try and stave off the damage being inflicted.

It all surmounted in the fourth round when Cheeseman landed a beauty of an uppercut that dropped Upton to the canvas. He rose, but was put down two more times until the fight was called off with only fifteen seconds left in the round.

With the victory the young, 22 year old Cheeseman appears ready to step up even further, saying after the fight “I have been matched well and put on a good showing. I know I’m ready to be let off the leash and I can get in with anyone now, both domestically and wider.”

Andrew Francillette: “I want to show I am a good Middleweight in the WBA” 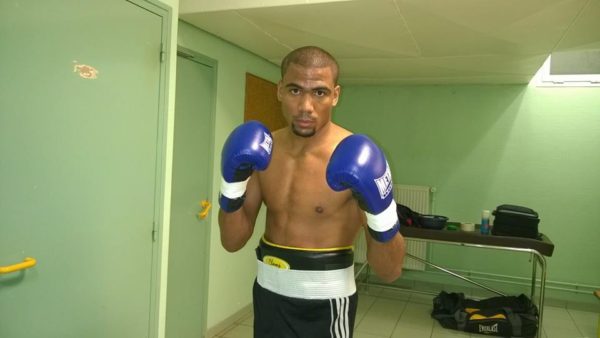