Jermell Charlo became the new World Boxing Association (WBA) Super Welterweight Super Champion after knocking out Jeison Rosario with a body shot in the eighth round and winning a sensational fight at the Mohegan Sun Casino in Connecticut.

Charlo, who now has three of the four most important belts in the world, was very patient until he finished off Rosario in an impressive way in what was the most curious KO of the year.

The American boxer came out cautiously, walking the ring and trying to counterattack Rosario, who was very aggressive and carried the pace of the fight in many moments. In the very first move, Charlo hit Rosario’s face and sent him to the canvas for the first time, although the Dominican boxer got up in good condition and continued attacking.

Rosario improved as the rounds went by and dominated most of them. However, Charlo reconnected him strongly in the sixth round and sent him to the canvas with a left hook almost to the sound of the bell.

The most dramatic moment of the fight came at the beginning of the eighth round when Charlo connected the jab to Rosario’s abdomen, who fell dramatically onto the canvas. The third man on the ring gave the count while the Caribbean man was breathless and squirming, making unsuccessful attempts to get up.

In the end, the injured Rosario was unable to regain his footing and had to be treated for lack of oxygen.

Charlo is the new Super Champion of the pioneer organization and improved his record to 34 wins, 1 loss and 18 KOs. Rosario now has 20 wins, 2 losses, 1 draw and 14 KOs. 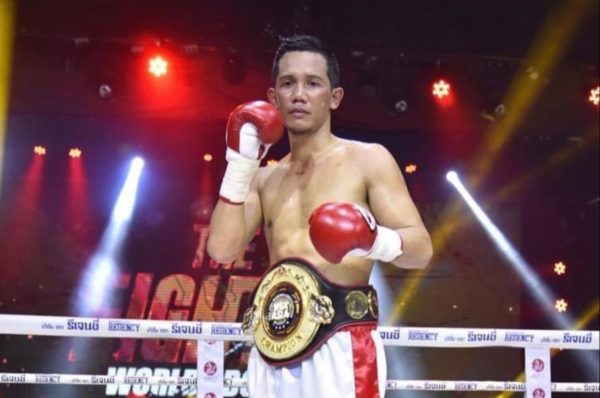