Venezuelan Nehomar Cermeno and Japan’s Shun Kubo, were face to face on Friday during the las press conference before the WBA Super bantamweight title fight in Osaka, Japan.

The South American champion and the Asian challenger talked to the press about their upcoming fight for the prestigious black and gold championship belt. Cermeno, 37, has two successful title defenses and goes for the third in Japan.

“The main goal is to win this third defense for Venezuela. Kubo looks in good shape but I want to win very clear and knockout said the veteran 122-pounder.

Kubo says he has the right strategy to dethrone the champion. “I will fight patiently to win either by KO or decision. Afterwards, I plan to fight Tomoki Kameda”.

The weigh-in ceremony will take place on Saturday and they will enter Osaka Edion Arena ring on Sunday. 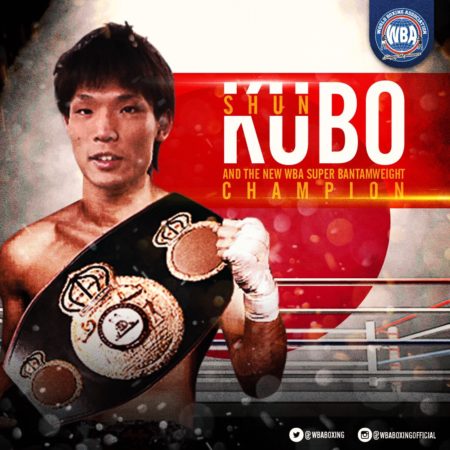