In the history of the World Boxing Association (WBA), very few are the fighters who have won championships in three or more weight categories and, in fact, you can count them all on one hand.

To that select list, the Mexican boxer Saul ‘Canelo’ Alvarez is very close to joining. To achieve this, he will have to dethrone Rocky Fielding this Saturday, who is the champion of 168 pounds. By doing this, Canelo would complete the triplet of world titles in three different weight classes, since he was champion of super welterweight (154 pounds), is currently middleweight champion (160 pounds), and will look for the super middleweight championship (168 pounds) on Saturday at Madison Square Garden in New York.

The first triple champion of the WBA was the Puerto Rican Wilfredo Vazquez, who in 1987 was crowned champion at bantamweight when he defeated Chan Young Park. Then in 1992 he beat Raul Perez to take the super bantamweight title, and in 1996 he reached his third world title against Eloy Rojas by winning the featherweight belt.

Just a few years later, Wilfredo would reach Venezuela’s Leo Gamez, who is in fact the only fighter with four WBA belts in different divisions. Leo won the minimumweight title in 1988 against Bong-Jun Kim, the light flyweight in 1993 against Shiro Yahiro and the flyweight in 1999 against Hugo Soto. He won the super flyweight world title in 2000 against Hideki Todaka.

And the last three-time champion, the fourth man on the list, arrived in 2018 thanks to the unexpected victory of Nonito Donaire over Ryan Burnett. The Filipino native won the interim super flyweight title in 2009 against Rafael Concepcion and then in 2014 he won the featherweight title against Simpiwe Vetyeka and finally reached the bantamweight scepter against Burnett just this year.

Canelo and Fielding prefer to speak in the ring this Saturday 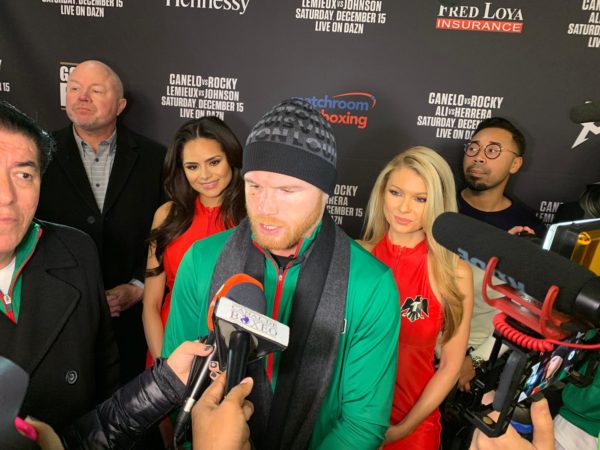