After a turbulent and controversial week of back and forth, Mexico’s Saul “
Canelo” Alvarez and Britain’s Billy Joe Saunders went face to face in the last press conference before they put on their gloves on Saturday, May 8th at AT&T Stadium in Arlington, Texas.

Following the complaint over the size of the ring and the harsh statements from Saunders and those close to him, the pressure cooker is expected to come to a boiling point on Saturday night.

This fight for Canelo continues to add to his legacy, the bout will take place on the weekend of May 5th (Mexican date) and is responsible for uniting more than 60 thousand souls in times of pandemic.

These were the Guadalajara idol’s statements:

“I feel very grateful and happy, because through boxing we are back to normal. I’m ready for this fight, Saunders is a very skilled southpaw, but I’m not the same I was 6 or 7 years ago. I’m more mature, I’ve grown in all aspects, you’ll see.”

“I’ve been in very important fights, but this will be just another day at the office. I come to win, boxing is part of my life.”

“They have talked and tried to take the focus off me, but I already knew this would happen. We know he’s coming to move around, but if he wants to beat me he has to stand and face me, and I will be waiting for him.”

For his part, Saunders has shouted from the rooftops that he has everything to beat the reigning pound-for-pound king, and that the pressure and psychology game will be more than that on Saturday night.

This is what the United Kingdom’s son said:

“I’ve been in boxing all my life. I’m a gypsy, we know what it’s like to go through hardships, but everything happens for a reason. I don’t come here for money or publicity, I come for victory. We have the sweet, the salty, and the intelligence.”

“He is a great champion, but this weekend he had the wrong opponent. I know the judges will be professional and fair. I’ve had pressure from fans before, in fact the pressure is on both of us and in the end they will be screaming my name”.

Canelo and Saunders will fight for the WBA 168 lbs. Super Championship, and the WBO and WBC Super Middleweight crowns, but they are also on track to break the local (USA) audience record generated by the rematch between Muhammad Ali and Leon Spinks, held in 1978, which had an attendance of 63,352 fans in the so-called “Battle of New Orleans.” 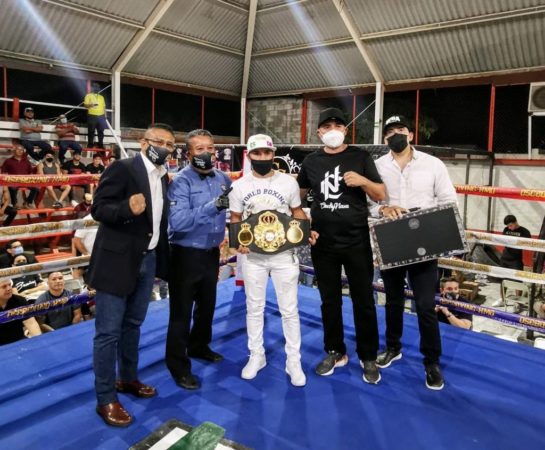