A month before his expected fight against the Kazakh Gennady “GGG” Golovkin, the Mexican Saul “Canelo” Alvarez shared his thoughts with the media through a teleconference, held from his camp in San Diego, California.

The telephone conference did not leave any question about the intentions of Canelo, who will try to get one of the most important victories in his pugilistic career.

‘Canelo’ will rise to the ring on September 15th at the T-Mobile Arena in Las Vegas, Nevada, a date that adds another layer of inspiration for him, because it is a commemorative weekend for Mexican parties.

The talk with the Aztec boxer was pleasant, clear, and concise. The boxer responded openly to all questions, under the company of his promoter Oscar De La Hoya.

On the criticism he has received on the subject of contaminated meat, he explained: “There is the annoyance of the people who have spoken of my using it to work with more strength, but I do not let them contaminate my mind, because if I’m full of rage I will not be able to do things right.”

The fight will have a lot at stake and one of those things is the goal of Golovkin to overcome the 20 title defenses that Bernard Hopkins achieved, but for the Mexican that does not worry him as he said: “He has his goals and I have mine, he wants to break a record, but I will go up in the ring to show who is the best.”

It will be the first time in his career that he faces a rematch fight and about this he stated: “The experience of the first fight gives me a guideline to know what I can and cannot do. I know I can knock him out, in the first fight I was still adapting to the weight, but now I know what I have to do to prove who the best is.”

The punch of his rival is his best letter of introduction and when asked about this, the Mexican boxer said: “Golovkin is a strong fighter, but I have faced fighters with that same level of punching, he (GGG) is respectable, but nothing of another world, and I’ll show them in the fight.”

It is not easy being inactive for a boxer, although Canelo comes from living it in his own flesh: “I feel very good, having been away for a year but it will not affect me because I am always working and I keep in good physical shape. The most I’ve been out has been nine months and I think three more months will not affect me.”

Landing on the question of his performance in this rematch, he clarified: “I checked the fight about ten times and my mistake was not to work on the back foot, this time we will not fail and every mistake they make we will make them pay.”

One of the key questions is how the outcome of the fight will be answered, to which he replied: “When the bell rings we will look for the knockout, for that I have mentalized in my mind. I will use my experience to win before the limit and raise my hand like the winner.”

At the closing of the teleconference the fighter was consulted on the issue of anti-doping and this was his reaction: “Since 2011 I have done voluntary tests. After passing the issue of contaminated meat I have visited between 15 and 20 times, and they do not warn me, they just arrive. Since I started my career they have always been coming around and I have always fulfilled my duty.”

The countdown of the highly anticipated rematch is already underway and the face-to-face has not yet been fulfilled, for this reason and at the request of the fans the promoter Golden Boy Promotions plans to hold public training on August 26th at the Stadium Bank of California (LAFC), in Los Angeles.

It should also be noted that the fight will have in play the Super Middleweight Championship of the World Boxing Association (WBA), the longest-running body to govern boxing as dictated by its initials in English (Simply The Pioneers). 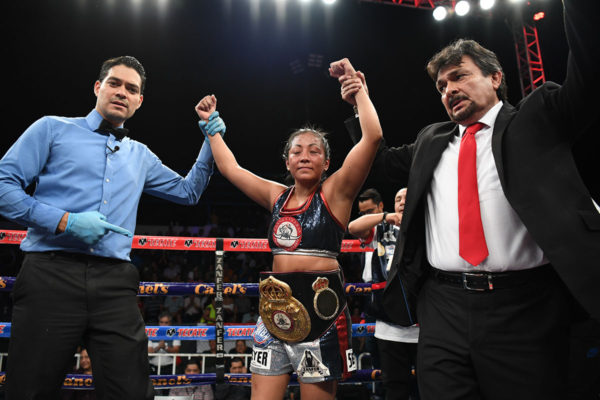