Andrew Cancio did not give Alberto Machado a chance to recover the super featherweight belt of the World Boxing Association, as he knocked him out in three rounds with a hook to the liver in the Golden Boy Promotions stellar battle from Fantasy Springs Casino of Indio, California.

With all the public supporting him, Cancio executed the plan of the previous fight early. He fought in close quarters, absorbing and sending punishment to Machado, under the logic that the body was the weakest point of the Puerto Rican and as he had thought; it worked.

After the blow, Machado put a knee on the canvas and did not get up at the count of ten of the referee, which caused the audience to explode in jubilation, thus specifying a bad night for Puerto Rican boxing, since in the semi-final fight Angel “Tito “Acosta had been stopped in round 12 by Mexican Elwin Soto.

Cancio came up with a couple of cuts (left and front brows), but without a doubt, he showed that the first result against Machado was no coincidence and he promised to continue working hard to retain the belt in coming matches.

He said: “my next fight can be with Rene Alvarado who is number one or with Jojo Diaz”.

This combat was transmitted in the United States by the DAZN online platform and for Latin America by Space Combate.

Rivas vs Lozano will not be for a world title 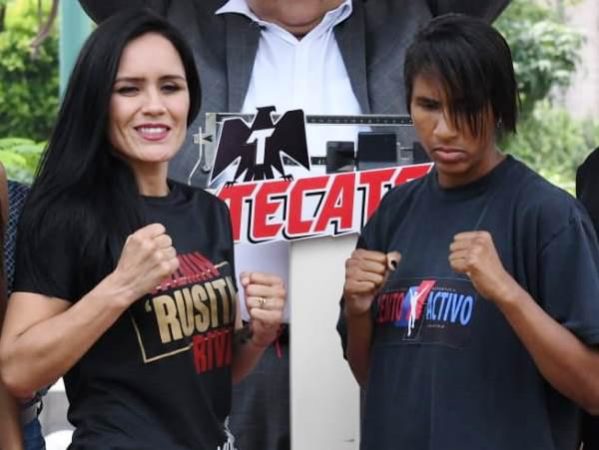