Fighting out of Detroit, Michigan, by way of LaFayette, Alabama, Joe Louis (66-3, 52 KOs) became undisputed Heavyweight Champion of the World by knocking out Jimmy Braddock in the eighth at Comiskey Park in Chicago, Illinois, on June 22, 1937, the title recognized by the NYSAC on June 30 and by the NBA (now the WBA) the following day.

Eighth-ranked by The Ring in the year he tried for what was then the ultimate sports accolade, 28-year-old Nova of California, aka the Alameda Assassin, had only suffered two losses at the time he met “The Brown Bomber.” First, Maxie Rosenbloom outpointed him at Gilmore Stadium in Los Angeles on June 3, 1938, Lou thus losing the California heavyweight title he’d won by beating Lee Ramage via majority decision at Los Angeles’ Olympic Auditorium that March 1. The Assassin won his next six, including outpointing Tommy Farr in a “sizzling battle” at Madison Square Garden that December 16. After stopping Max Baer by 11th-round TKO at Yankee Stadium on June 1, 1939 (the first televised heavyweight contest), he faced off against the formidable Tony Galento at Philly’s Municipal Stadium that September 15. In “one of the most disgraceful fights staged since the days of the barroom brawls,” according to The Ring, Galento almost snuffed Nova’s right eye in scoring a 14th-round TKO win. (In addition to Louis and Galento, Nova was stopped twice by both Lee Savold and Tami Mauriello.)

A resilient Lou returned to the ring 13 months later, winning his next four, including again stopping Baer, this time by eighth-round TKO at the Garden on April 4, 1941. The “Livermore Larupper” never fought again. Only two men stopped the former heavyweight champ — Nova, twice, and Louis, who knocked him out in the fourth at Yankee Stadium on September 24, 1935, Max’s first bout after losing the heavyweight crown to Braddock, who won by unanimous decision at the Madison Square Garden Bowl in Queens that June 13. Even to this day, some criticize Louis (or at least his management team) for not giving Baer a rematch. But as a ringside Ernest Hemingway wrote for Esquire, the September 24 bout was “the most disgusting public spectacle, outside of a hanging, that your correspondent has ever witnessed. What made it disgusting was fear,” which Baer himself defined as “standing across the ring from Joe Louis and knowing he wants to go home early.”

Nova fought for another four years following his loss to Louis, winning 23 of his remaining 30 fights, 14 by knockout. He last won on June 15, 1945, knocking out Howard Fenske in the ninth at Detroit’s Olympia Stadium, retiring from the ring after Mauriello kayoed him in the first at Boston’s Fenway Park 10 days later.

Lou did some acting after leaving the squared circle. You can see him, for instance, as KAOS goon Gorcheck in the Get Smart episode, “Our Man in Toyland.”

Nova was inducted into the World Boxing Hall of Fame in 1991, the year he died at age 78. The date of his death, coincidentally, is September 29. Not exactly ideal for marking a 50th anniversary, but there you have it. 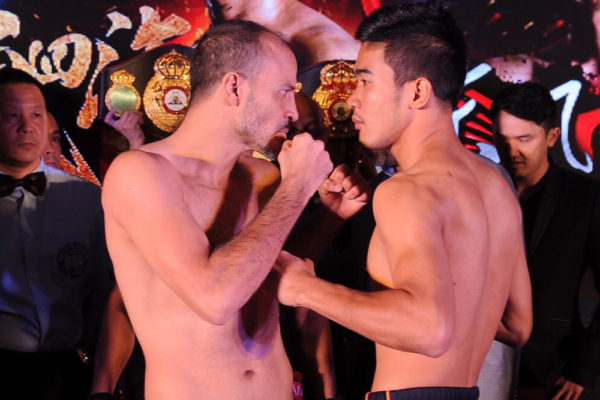