Gervonta Davis and Leo Santa Cruz will unify the titles of two divisions in their next fight, which has been scheduled to take place on October 31st at the Alamodome in San Antonio, in an event presented by Premier Boxing Champions (PBC).

The main attraction, as far as undercard is concerned, will feature World Boxing Association (WBA) Super Lightweight champion Mario Barrios (25-0, 16 KOs), vs. fellow Texas native Ryan Karl, who is facing his first title shot opportunity after a run of three victories, two of which were won by KO.

Given the importance of this fight, both fighters appeared in a virtual press conference. Barrios was the first one to talk, and he promises to give the show that the fans want to see.

“I know that come fight night I’ll be facing the best version of Ryan Karl that we’ve seen. He’s training the same way and expecting that from me. So it’s going to be an action-packed fight and the fans will not be disappointed”, he said. “I’m super amped for this type of fight. Ryan and I have known each other forever and we know the style that the other person will bring to the ring”.

Next, the “Azteca” said that the study of his recent fights has helped to improve on defects exposed in the ring.

“We’ve watched my fight against Batyr Akhmedov a couple times. I’m a warrior and I showed that in the fight. We made all the changes we needed to in this camp and I’m going to show them on October 31”, he said.

In turn, Karl, who has a record of 18 victories, 12 of them by KO, and 2 defeats, said that the previous knowledge his now opponents have is a special incentive to develop the best weapons in the camp.

“This fight is going to be a big deal. It’s really surreal, to an extent. We’re very excited and working really hard and putting in the work. It couldn’t be better that it is taking place in Texas with fans. It’s going to be a big Texas showdown”, he concluded.

"Loma" and López went face to face at a press conference 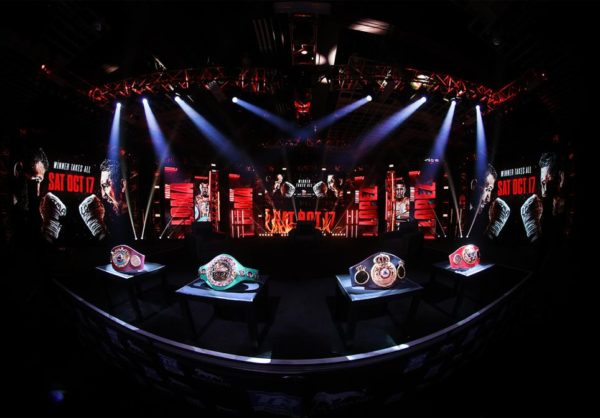