In advance of the bout, Crolla spoke with Sky Sports about Linares and had nothing but praise for “El Niño de Oro.”

James Dielhenn, who conducted the interview, asked Crolla, “Have I seen him fight?”

The interviewer may have missed Linares’ first fight on British soil, against former Commonwealth (British Empire) and BBBofC British super featherweight champion Kevin Mitchell on May 30, 2015, at the O2 Arena.

“I remember!” he said. “That was a terrible night for Mitchell.”

“Yep. Mitchell had twice lost world title fights and it was supposed to be third-time lucky. He put Linares down early, but Mitchell’s eye was reduced to a swollen mess. The referee stepped in during the 10th round. The boy Linares can punch.”

(Speaking about that fight, Mitchell said, “In his day, Linares was unbelievable. Boxing-wise, he was probably the best in the world in the weight division. He’s a seasoned pro and he’s very, very smart. He throws his right hand nicely and he throws it heavy. You don’t see it coming. But I just think he’s a little bit past his best.”)

Linares might be a bit past his prime, but he hasn’t lost a fight in fought years, is on a nine-fight win streak, and is not to be taken lightly.

“He is a three-weight world champion, so he’s very good,” Crolla said. “He wasn’t allowed to box professionally in Venezuela until he was 18, so went to Japan to get paid for his work. Linares trained under Sendai Tanaka, who has also worked alongside Marco Antonio Barrera, Erik Morales and more recently Roman ‘Chocolatito’ Gonzalez. So Tanaka knows how to build a champion.”

Linares has faced some tough competition over the years and that tradition continues this weekend.

“Interestingly, Gamaliel Diaz is a little-known foe who has boxed both Linares and Crolla. Diaz was knocked out by Linares nine years ago but held Crolla to a draw in Manchester in 2014.

Among Crolla’s many supporters is the estimable Carl Froch.

“If we had been talking about this fight two years ago, we would not have given him a chance of beating Linares,” he said. “But today’s Crolla has developed into a well-rounded, solid, seasoned world champion and you have got to believe in him.

“I just think it is in Crolla’s blood now. He is not afraid of anyone. Success breeds confidence and that is what we have seen with him.” 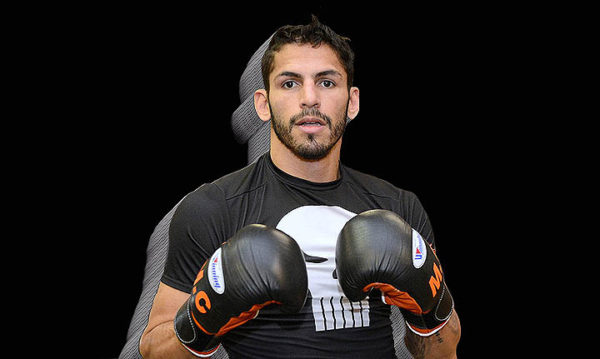