The rematch between Andy Ruiz Jr. and Anthony Joshua is getting hotter as fight time arrives, and the final press conference was held before the fight for the Super Heavyweight Championship of the World Boxing Association (WBA) that is to be held this Saturday in Diriyah, Saudi Arabia.

The press has traveled from many parts of the world to properly cover a fight as important as the one that will take place on Arab land this weekend. All the attention is focused on the Mexican champion and the British challenger, who had their turns before the microphones to talk about what they expect from the fight.

“I’m not here to put on a show, I’m here to win,” Joshua told reporters. “When I recover my titles, I will look to the future,” he continued.

The Briton native has been very focused and his only goal is to be champion again. He stressed that he has nothing personal against Ruiz but that when the bell rings, he will only think about tearing off his head.

For his part, the Mexican was also confident and eager to demonstrate what he knows next Saturday with the joy and charisma that characterizes him.

“My dream became reality. I thank you for the support you have given me, I feel blessed. I have nothing more to say. I’m ready for rock and roll,” said “The Destroyer.”

This Friday both fighters will fulfill the mandatory weigh-in ceremony, which will perhaps help us know what condition they are coming into the bout on Saturday for all the glory of the heavyweight division. 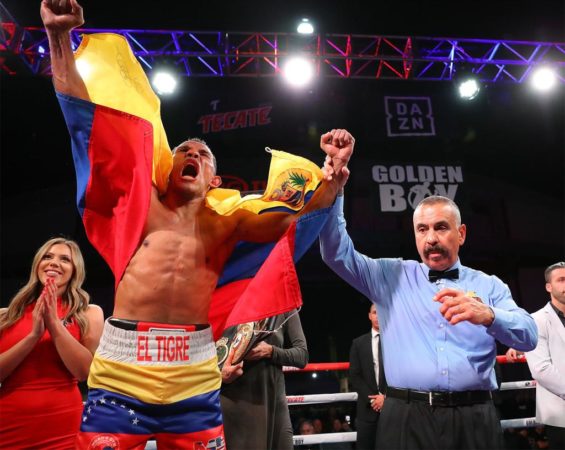