On Saturday the boxing world saw a decision from Alma Ibarra that surprised everyone. The Mexican stayed in her corner after the second round in a fight in which she was in disadvantage.

Even though she wasn’t taking a big beating and looked like she could go on, she decided not to after telling her trainer some words that have gone around the world: “No, no, no. I want to get home alive”.

No one knows better than Alma how she felt and decided to protect her safety, the smartest decision any fighter can make.

The WBA congratulates her for her great career in the ring and for putting the most important things first. The pioneer organization wishes the best in her life to this great warrior.

Usyk and Joshua met in London 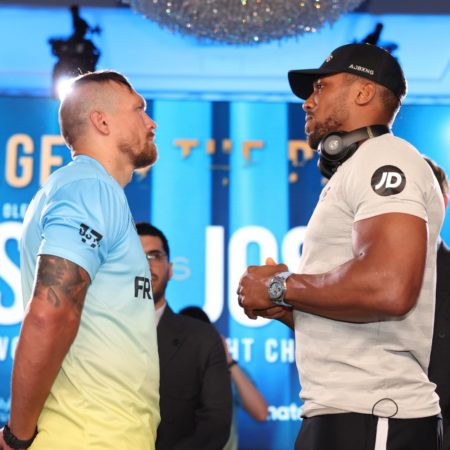