Murodjon Akhmadaliev will have a new opponent in his fight next Friday, November 19, due to the fact that his mandatory challenger to the World Boxing Association (WBA) Super Championship, American Ronny Rios, tested positive for COVID-19. In his place will be Chilean Jose Velasquez, will challenge the Uzbek at the SNHU Arena in New Hampshire, USA.

Akhmadaliev will put his black and gold title on the line, in addition to the IBF championship, which is also in his possession. Rios had earned the opportunity to face him for having won the WBA Gold championship at the time, but his positive result for the virus will not allow him to exercise his right.

Velasquez is 32 years old and the fight comes at a great time for him. He intends to put Chilean boxing on a high with a victory that will grant him the status of world champion. The native of Quellón has made much of his career in his native country, but two of his last three fights have been on U.S. soil, and in both of them he has achieved victory by snatching the undefeated Melvin López and Ariel López.

Akhmadaliev will be making his second defense of the black and gold crown. The former Olympian is undefeated in 9 fights, with 7 knockouts, while Velasquez, who has not lost a fight in the last five years, comes in with a record of 29 wins, 6 setbacks, 2 draws and 19 knockouts.

Hovhannisyan will be the WBA Super Bantamweight mandatory challenger 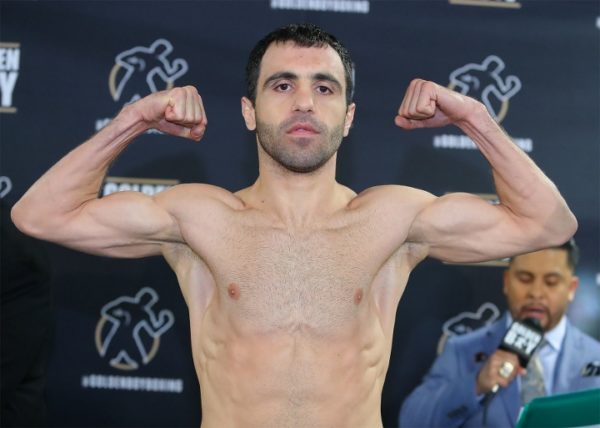