It has been four decades of the heavyweight battle between Muhammad Ali and George Foreman in Kinshasa, Zaire, called “Rumble in the Jungle”, by legendary promoter Don King.

Foreman was defending his WBA and WBC world titles and his undefeated status.

The young Ali, 45-2, had a strategy established by his trainer Angelo Dundee, fight on the ropes, endure the punishment and warn out foreman. And he did it since the first round of the fight.

Round by round, Foreman lowered the intensity of his attacks and strength, although he kept looking for a KO to end actions. However, Ali was dodging everything his opponent threw, also mocked and spoke to him at all times, especially when he was in his corner during the break.

In the eighth round Ali started his counterattack and sent Foreman to the ropes who avoided the fall. A combination of left and right were enough for the up-to-then unbeaten Foreman touched the canvas before 60,000 spectators.

At his 32 years, Ali became champion again and the figure of the time considered for many as the greatest of all times, after beating Foreman, getting Ken Norton and Joe Frazier, authors of their two defeats of the moment.

Marcos vs Valverde fight in Argentina 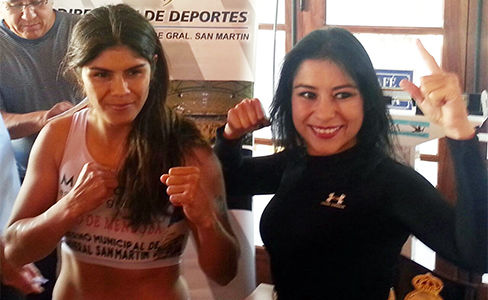