Cameroon Hassan N’Dam and Japanese Ryota Murata passed the scales on Friday weighing 159.5 pounds each and are now waiting the fight for the World Boxing Association’s regular middleweight title on Saturday, May 20 in Tokyo, Japan.

N’Dam is more experienced in professional boxing. He is 33 and has a record of 35-2, 21 Ko’s. N`Dam has fought David Lemieux and Peter Quillim in the 160 lbs. in his last fight, he won the WBA Middleweight Interim title for the second time, when he KO 1 Venezuelan Alfonso Blanco.

On his part, Murata won the Gold medal in London 2012. He is 31 years old, and is undefeated in 12 fights, winning 9 times by KO. However, this is the biggest challenge of his career, as it is the first time he fights for world title.

Having complied with all their pre-fight commitments, they are only waiting for the opening bell to fight for the WBA middleweight title. 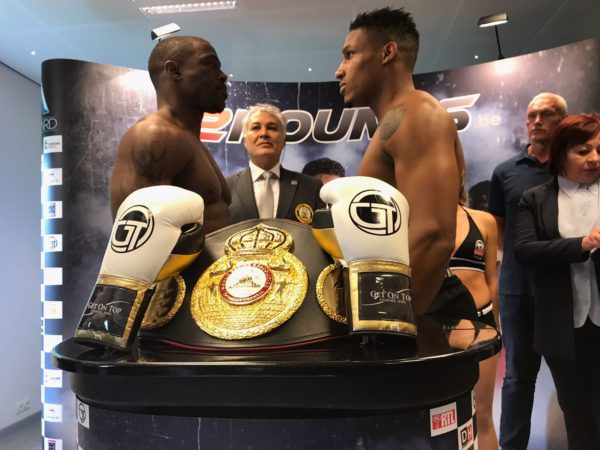